AT HUNT EMERSON LAYS DOWN SOME HOT JAZZ 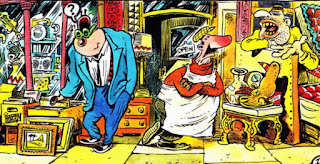 After a successful Kickstarter campaign we can now enjoy this collection by the great Hunt Emerson, one of the treasures of Brit comicking, much of which has been out of print for far too long, and also boasting some new material (plus a terrific bonus art gallery by some major talents like Rian Hughes, Gilbert Shelton, Krent Able, Nigel Auchterlounie and a pile more), all featuring his swinging hip-cat jazz-man Max Zillion and his horn, Alto Ego (who is, as Hunt himself notes in his introduction, is pretty much the brains of the operation). Many of these strips were published in a number of different journals, before being collected by Knockabout in Jazz Funnies, but that was way back in the mid 1980s, so it’s great to see them, and later and new strips (a mix of black and white and colour pieces) all wrapped up with a bow here.
Poor Max is a perennially down on his luck jazz saxophonist, teamed up with Alto, one of those characters where no matter how hard he tries or what good intentions he has, it always seems to end up with Max in the muck again, and usually totally broke as well. In the latter category his constant state of perilous penury isn’t helped by his agent Meen McMudda, a wonderfully-drawn squat, greedy shape in a suit, embodying all the worst tales of dodgy agents every kind of artist has a horror story about. Sure Max gets gigs, but they all vary somewhat, to put it mildly – he may get a gig playing sax with a good band, only to lose it because he can’t stay in the rigid form of playing demanded but breaks out into crazy be-bop when the music takes him. Or in a classic McMudda gig he is booked to play loud jazz by the quayside to his seafood restaurant to scare away psychopathic seagulls who usually raid the daily fish delivery (ah, the height of artistic fame! Also Hunt being years ahead on the now omnipresent scourge of scavenging seagulls in our towns and cities today). 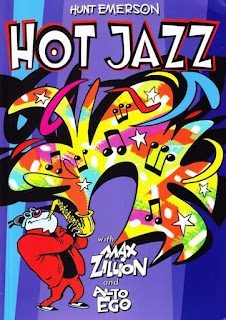 The stories are all largely self contained strips, but while the gags drive them, Hunt doesn’t neglect character development too, and we get to see bits of Max’s past, including a scene where he falls in love with a singer, who falls for him precisely because of his crazy music. This being Hunt Emerson you won’t be surprised to find that many of the stories and the art are gleefully infused with some wonderfully bonkers surrealistic humour. In the story where he falls in love he and his lady come across a farmer who plays music to his giant plant which then produces records (including Max’s only disc when he plays for it).
In another he blows hard to clear a blockage in Alto, it flies out the horn, through the ceiling and knocks a plaster lump right into space, while across town a plumbing accident blows a boiler part into the air to land at his feet. Thinking it part of a downed secret satellite Max takes it to the CIA, only to stumble on a secret Cold War plot to use orbiting saxophones to blast hip music behind the Iron Curtain to cause instability, and naturally this leads to both Max and Alto in orbit. Then there’s a giant plaster Space Invader, massed horns playing in space and… well, you get the picture. Wonderful madness ensues in tales that feel like an even more warped version of a Looney Tunes universe (that is a compliment). 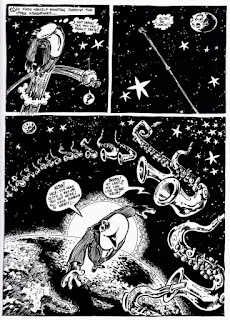 In another increasingly surreal story, borrowing a little from the legend of Robert Johnson and also The Devil Goes Down to Georgia, McMudda books Max to play for his good friend Mr B L Zeebub, “quite far downtown”. In fact so far they have to bum a lift across the Styx and find themselves playing the Devil in a saxophone competition, which sees the demonic hordes emerge from the concert into our own world. At which point Hunt creates several full-page montages – wars, murders, pollution, racism, starving children and more horrors. These frankly horrifying images capture the worst elements of the 80s, but far to disturbingly they capture pretty much the same worst elements of human society today too (refugee boat people, bombing as the solution to any problem, rampant racist hate of “the other”). The date has changed, but the song remains the same; it’s a really powerful set of pages, humans creating their own Hell so awful even demons run shrieking from it. 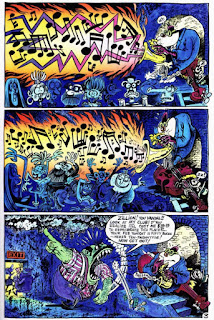 The art is such a huge part of Hunt’s work – not just in the obvious way, it being a comic and thus somewhat reliant on visual storytelling though, it’s the richness (and often delightful, inventive madness) of Hunt’s art. Even if you don’t quite get a gag in the script the art is so magnificently bonkers and creative and surreal that you can’t help but laugh at it, while also marvelling at the skill and visual imagination on display here. While most of these veer delightfully to cartoony surrealist excess, or those aforementioned scenes of man-made Hell on Earth (so bad it terrifies the demons back to Hell) are disturbing, there is always a point in there, a commentary on life, hopes, dreams, failures, on society, on art. Despite or perhaps because of the frequent surrealist imagination running riot across the pages Hunt still brings out character and a feeling of humanity and empathy for his characters. 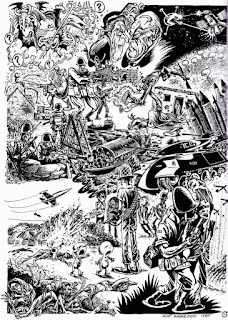 It’s an absolute hoot, managing to combine that mad humour and those fabulously nutty visuals with some sly commentary and satire. And oh that art, that glorious, unmistakably distinctive, detailed lunatic art… From large splash pages to small panels, there are always lovely little details, from the character’s expressions to fine little background elements (like a broken picture frame leaking water, because it hold a picture of a seascape), this is character, story and art fused to such a perfect degree (and in a way that rewards repeat readings to spot more that you missed first time round). And oh ye four colour gods, it is funny. Not chuckle funny but full on laugh so much that you may need to be admitted to the Damaged Ribs clinic for therapy afterwards funny. Gloriously, wonderfully surreal Brit comics humour at its best, from one of our finest. 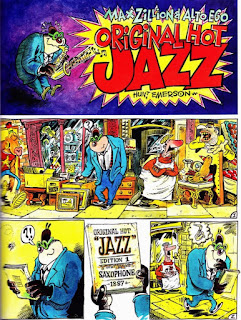 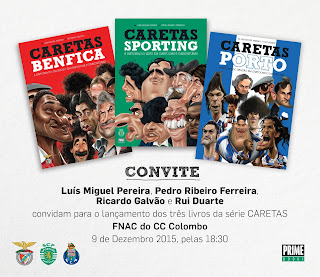 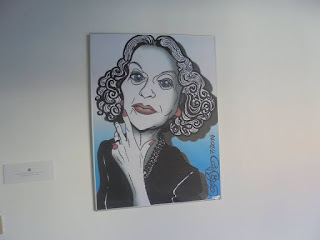 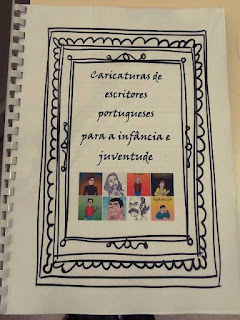 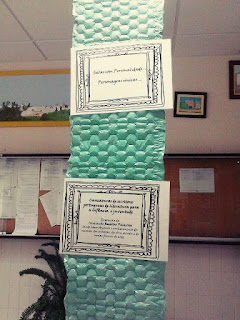 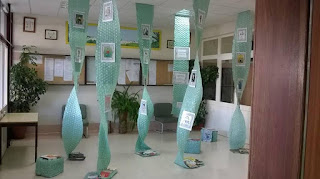 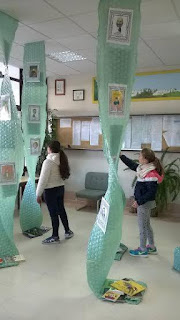 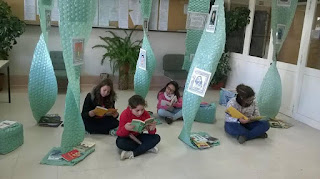 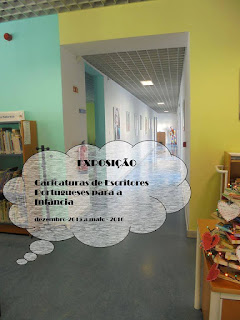 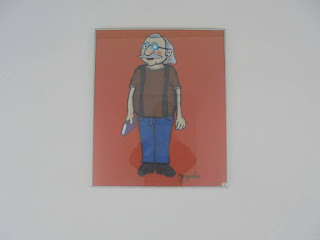 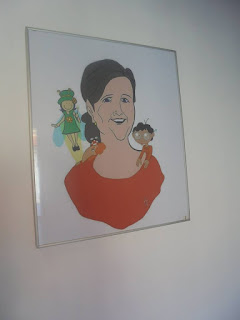 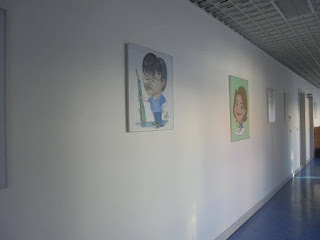 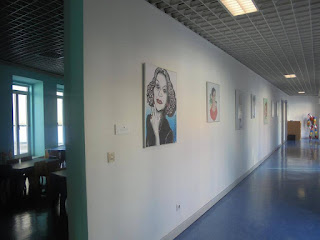 In this year, CUBA/Mexican painter and cartoonist  Ángel Boligán  Corbo is marking his 50 th birthday (1965). The master of the humorous and satirical art abbreviations was congratulated by many friends, fans and art expert from Cuba, Mexico and worldwide. Cartoonist, known for caricatures of many world leaders, exhibited his works at the cultural centers from Spain, Slovakia, Turkey to Japan. Since the nineties (last century) he lives and works as artist in capital, Mexico. 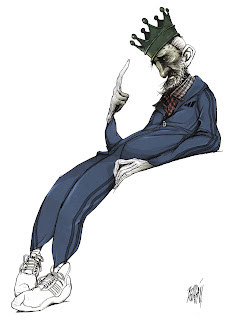 Fidel
- Angel’s work reflects a sincerely love for his native country, its history and traditions. And  at the same time emphasized that the artist jubileer is an outstanding representative of the Cuban school of painting and wished the artist good spirits and health. His drawings are in demand not only in Mexico but worldwide.

- I can boldly say and call - Angel  a “versatile cartoonist”, since his great art works consists of excellent cartoon editorials, remarkable caricatures and also small comic strips of great quality.

They ask their newspapers and magazines. Gallery for the exhibition (Please, see poster from his last exhibition in Portugal).They were also seen in the Slovak and Czech Republic (Magazín Kocúrkovo, Pozitívni noviny, Gallery in Košice)
Angel, as tribal editor - commentator currently working with the Mexican daily "El Universal" and magazines "Learn More", "El Chamuco", "Conozca Más", Lyfe&Lyfe", "Revista del Consumidor" and others, last time. He is Cartoon Agency Presides Club (well-know as The Club of Latin American caricature).
Fans and experts called the painter a “chronicler of today - our time” and noted Boligan’s gift for portraying the “atmosphere of historical events and the strength of national character.” 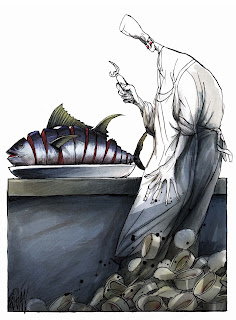 Atun
Sheen and misery of our world today

Angel, one of the greatest representatives of intelligent humor today. Popular cartoon gave a new face - attractive. A new graphically level. High quality. He increased artistic level of cartoon and gave him a graphic culture, he earned a well-deserved success. That is way, merit, why he won prizes, worldwide. Together over one hundred and thirty Grand prizes and Awards in international events.
He is also an excellent portraitist. The Great Master minimization. While maintaining  perfect similarity and inner character.
And not only portraitist.

When the freedom to leave, as the first packed suitcases humor his faithful friend detachment.

He is also a great cartoonist (journalist - commentator art - without words) out of series with its wide and diverse workforce, characterized by an exquisite drawing, use accurate color, no text, without words, addressing all burning issues of civilization as pollution, dangerous religion and its abuse, wide political and economic corruption, consumerism and other multiple aspects, given its condition of constant and keen (on keen) observer of human psychology, the economic contradictions and social conflicts that exist in the universe, mamonism and pathological avarice, drug trafficking, concealed and public (arrogant), sedentary, lazy and motionless, lifestyle, poverty and hunger, sheen and misery of our world today - of globalization, new world colonization in the universe, inhuman and senseless wars, for archieve of world domination, extensive child abuse, inhuman new technologies, deliberately and purposefully  demagogue television, for the purpose of brainwashing.  Sheen and misery of our world today - cynicism and hypocrisy... 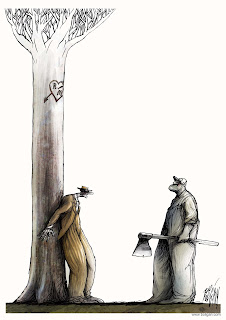 En defesa del amor
Itself elect - of the word - are there for us, not we for them.

We'll show yet:  Ángel Boligán believes - nature's most perfect art work. His lifestyle and  hobby is natur, natur, natur,... He gets out into nature. Stay and relax in nature without the phone, watch, cigarette and lighter, mindless fun... Coexistence with nature (and protection) is necessary not only for artists but also all people. Exorcismo
Curriculum vitae : Ángel Boligán - as born in born in 1960, in San Antonio de los Baños, La Habana, Cuba. Both  his parents are living in capital La Habana. He graduated from the Art School in La Habana. Only in age 14 years he had his first personal art exhibition of caricatures. These themes, cartoon and portraits (ridiculous face, humorous forms celebrities) - directly one line, continued to play a prominent role throughout his successful artistic career. Since 1987  that his talent has begun to conquer the world - he participated in major international exhibitions, winning dozens prestigious awards all around the world. 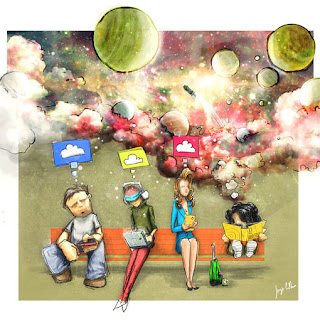 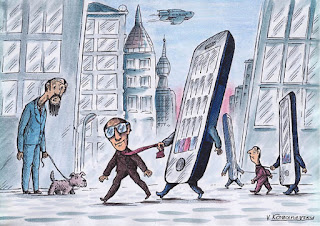 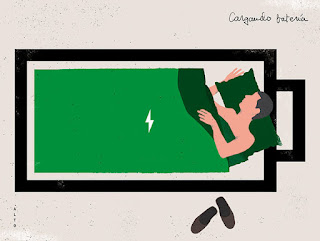 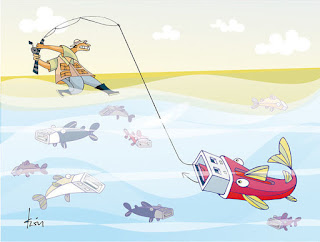 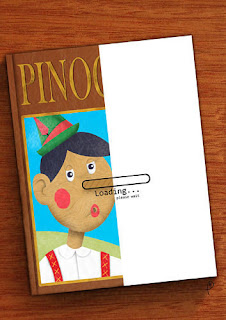