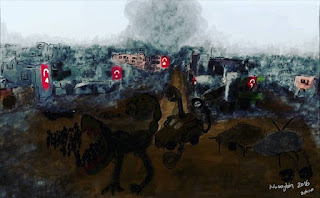 Work by Zehra Doğan. Courtesy the Voice Project.
“I was given two years and 10 months [jail time] only because I painted Turkish flags on destroyed buildings. However, [the Turkish government] caused this. I only painted it,” Doğan posted in a now-deleted tweet as reported by online Turkish journalism and human rights platform Turkey Purge.
According to the Art Newspaper, authorities arrested Doğan at a cafe late July, claiming that her artworks proved that she was connected to the Kurdistan Workers’ Party (PKK), which is considered a terrorist organization by the Turkish government.
“Art and paintings can never be used in such a way,” said Doğan’s lawyer, Asli Pasinli, according to Voice Project, an international organization committed to freedom of expression and creative activism. “This is an attack on art and artistic expression.” 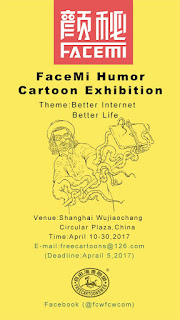 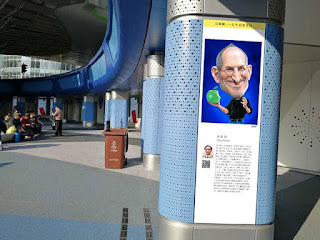 2,Deadline: April 5, 2017
3,PC Entries:
1) Size: Min:A4(210mmx297mm), Max:A3(297mmx420mm).Vertical figure, not horizontal figure.
2) Quantity: Unlimited .
3) Please send digital original drawings to this contest. Black & white or colored, any style, any technique will be accepted.
4) Participants are requested to send together with their cartoons, an entry-form with digital signature, a photograph or caricature. The form can be downloaded at FreeCartoonsWeb.
5) Titles or entry-form must be filled out in understandable English or Chinese.
6) All cartoonists can participate in festival through your own E-mail by submitting your cartoons to: freecartoons@126.com
Format:JPEG Size:max.4M per cartoon Resolution ratio:200dpi-300dpi
7) The excellent cartoons will be published in Chinese website,newspaper and magazine. 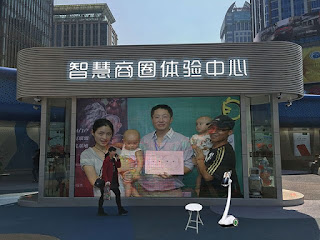 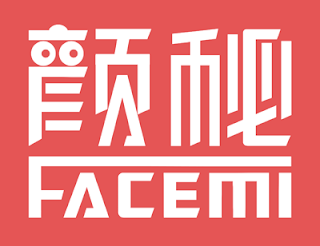 Marcin Bondarowicz – exhibition in the European Cartoon Center Kruishoutem - Belgium from the 28th of January till the 2th of April 2017. 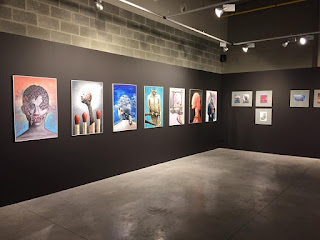 Marcin Bondarowicz - introduction to his exhibition
My works reflect the sensitivity of a child who is first astonished by the world around, then starts asking many questions, and eventually attempts to answer them through the creative process. The road to truth is full of dramatic questions: razor sharp and extremely precise, uncompromising, sometimes also drastic. I take up those questions with no hesitation; I observe, and consequently I comment on what I see. I make use of a wide array of symbols and metaphors which are the building blocks of my surrealistic world – so different, and so close to us at the same time.
Hard work began with my incurable passion for painting. I fell in love with painting as a little boy, and it has led me to the place where I am now. It is only the beginning of the road for me, and I can see no final point of destination. I am always driven by the urge to become better and better in what I do. 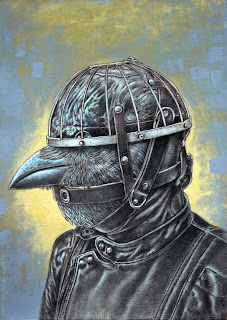 My works draw on the traditions of the Polish School of Posters. It was a philosophical, telegraphic type of poster, economical to the point of becoming abstract, but at the same time – aiming to exert a wide social impact. Time and the exploration of the various fields related to painting and graphic design have inspired the idea of creating functional art representing an individual type of artistic expression. The first commissions that I received for posters, and my desire to comment on some key social issues – brought me in contact with the field of illustration, and later press illustration, which has now very largely dominated my professional activity. The vast majority of the works presented at this exhibition have already been published. 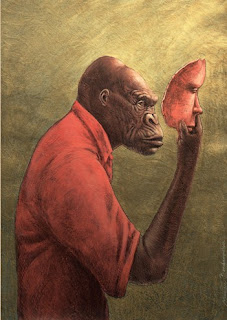 Even though my illustrations have been published both in Poland and abroad, sometimes in magazines representing radically different political standpoints, what always comes first for me is “my comment on the matter”, and this is also how I approach my work. 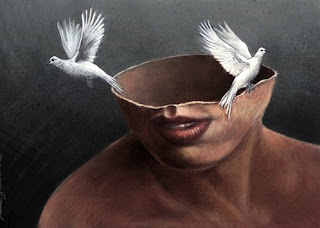 I attach great importance to the emotions that appear between the author and the audience, at the meeting point of these two worlds. These emotions frequently provide the incentive for further explorations. Even though I cannot be present today at the vernissage of my exhibition, you will be able to feel my presence in my works, with which I am inextricably linked – I am one with them. I feel very honoured to be able to present them in Belgium – in a place from which I have received so much support. It is very important for me that I can thus share with you the world of my imagination. 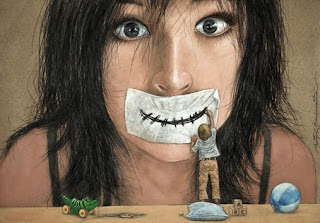 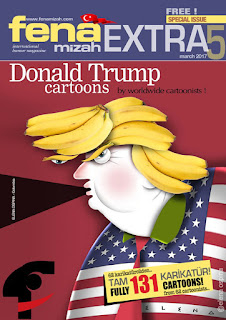 You can read it online or download the PDF file.
> https://issuu.com/fenamizah_e-magazine/docs/fm-extra5_march2017

Thank you all participants.

Download the APPLICATION FORM, fill it, submit it along with your works and you can win one of the following awards:

FIRST AWARD for Cartoon
FIRST AWARD for Satiric Drawing
FIRST AWARD for Comic / Strip
10 SPECIAL AWARDS
CICO AWARD (for Macedonian cartoonist)
Reminder: following our principle of creating and preserving art on paper, only ORIGINAL WORKS (hand-drawn cartoons, satirical drawings, and comics) will be considered in the selection process. They should be sent no later than 31st March 2017 to our address:
OSTEN WORLD GALLERY OF CARTOONS
8.Udarna Brigada 2, 1000 Skopje, Macedonia
The jury activities will take place in April 2017, and the official opening of the 49th WORLD GALLERY OF CARTOONS Skopje 2017 and the announcement of the awards will take place on 25th May 2017 at the OSTEN Gallery, Skopje.
Download the APPLICATION FORM, fill it, submit it, follow us on FB, and do not forget to share this information with your colleagues and friends. For additional information, you can always contact us oncartoons@osten.com.mk


We are expecting your participation!

International Cartoon Contest - Alexandar KLAS 2017
After a few years break ILUSTROVANA POLITIKA magazine again invites international cartoon contest under the name Alexandar KLAS, cartoonists who faithfully acted on the first issue of the  ILUSTROVANA POLITIKA magazine 1958. He drew cartoons under the motto ALEKSANDAR KLAS LINES TO YOU. As the most award-winning cartoonist in the world in 1990, entered the Guinness Book of Records.
So he went to a legend, especially ILUSTROVANA POLITIKA magazine, which is now back on the world stage cartoons, where it has always belonged.
A. Participation. - The competition is open to all cartoonists of the world regardless of nationality, religion, age, sex and education.
B. The theme of the competition. Free.
C. Sending cartoons. - Accepting exclusively original works and signed digital prints. Papers should not have been previously awarded. Sends the maximum 5. cartoons A4. In addition to the works send a photo, Curriculum Vitae (CV), and on the back of the works basic information (name, surname, address, e-mail address and telephone number).
Works can be sent by post to the following address:
ILUSTROVANA POLITIKA
Cetinjska 1
11000 Beograd
Serbia
D. Deadline - Cartoons will be accepted until 1 September 2017.
E. Awards. - The first financial prize money and diplomas.
The second financial prize money and diplomas.
The third financial prize money and diplomas.
The total prize money amounts to 2,000 (two thousand) euros.
Will be allocated and several special prizes and diplomas.
F. Exhibition - The award ceremony and exhibition will be held in Belgrade for a day ILUSTROVANA POLITIKA magazine of November 11th 2017.
G. Catalog. - All cartoonists whose cartoons are selected in the catalog and the exhibition will receive a free copy of the catalog.
H. Other Provisions - Arrived works remain the property of ILUSTROVANA POLITIKA magazine. The organizers reserve the right to use them without financial compensation to the authors. By entering the contest is considered that the authors accept the proposition as a whole.
Špiro Radulović
Editor of competition
cartoonist 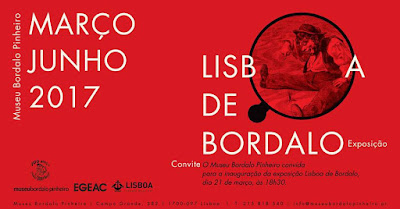 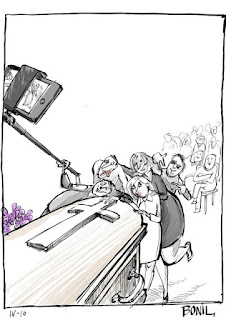 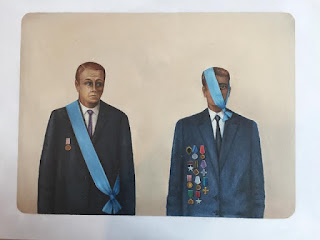 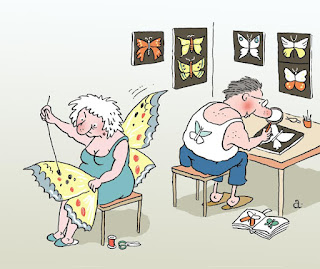 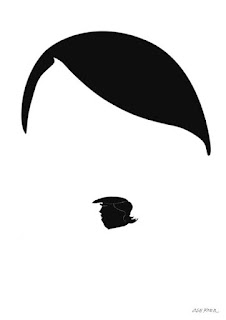 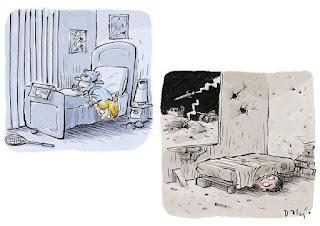 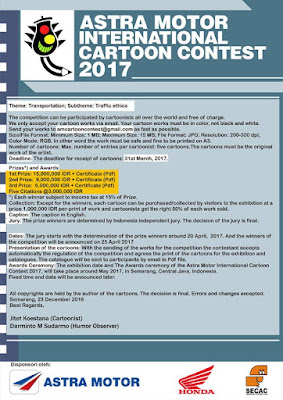