DEPARTMENT of PRESS, PUBLICATIONS and PUBLIC RELATIONS
DIRECTORATE of PROMOTION
RULES of PARTICIPATION to the
2016 INTERNATIONAL CARTOON COMPETITION with the theme
"LET'S ELIMINATE the BARRIERS"
to be realized within the context of
2016 INTERNATIONAL ACCESSIBLE İZMİR CONGRESS 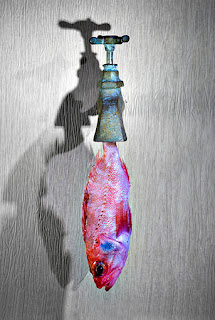 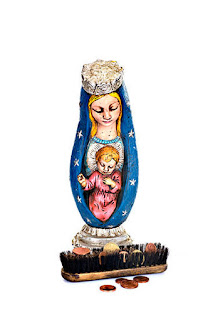 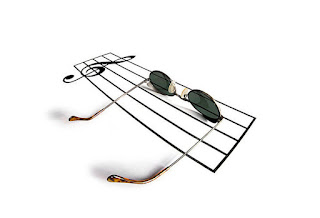 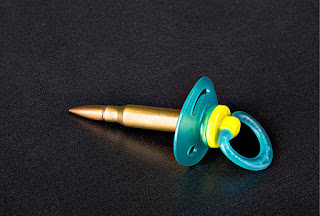 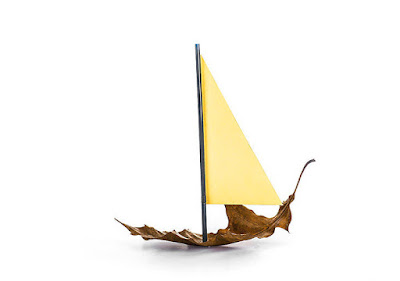 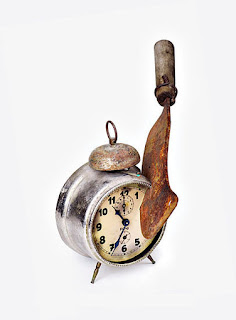 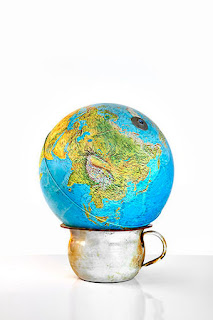 OPEN COMPETITION FOR THE 12. INTERNATIONAL COMICS AND CARTOON FESTİVAL IN KOSOVO

-The Kosovo Comic Book Artists Association "Xhennet Comics" is organizing the 12’th Internacional Comics and Cartoon Festival .
- The Festival will be held from 26 until 29 May 2016  in Prizren KOSOVO.
-The Festival is not going to be competitive; however 15 foreign and 15 kosovar artists will be selected from the jury to have the expenses of travel and hotel accommodation covered for 3 days.

-All the participants of the festival will be delivered with The Catalogue, T-shirts with Festival logo, and The Certificate of Gratitude. Those absent will receive the catalogue via e-mail. PDF file or they can download from the official web site of the association .


-The Festival of Comics and Cartoons is held every year in Prizren, Republic of Kosova,organized from  the Kosovo Comic Book Artists Association "Xhennet Comics".
-The festival is open for every artist, professional or amateur,from all around the world.

Participating Conditions:
1. The genre and topic are free, whether for Comics or Cartoons.
2. The Works may be done from one or more artists.
3. The works can be posted to us or thay can send throught e mail which has to have a good scan at least 300 dpı.  The Participant can send his/her work through e-mail-a good scan with minimum 300 dpi.
4. Comics and Cartoons should be from 1 to 4 pages (A3 or A4 format)
5. The language of texts is free to all of the world's languages (preferable in English).
6. Required details to be sent with the works are: Name, Surname, A short biography, Country, Address, E-mail, and A Photo. ( Attentıon wıthout of these ınfornatıons the works wıll not be taken to consıderatıon ).
7. The Deadline is 15 May 2016. 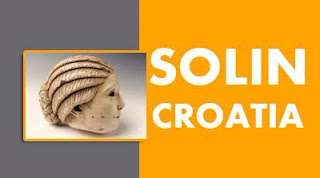 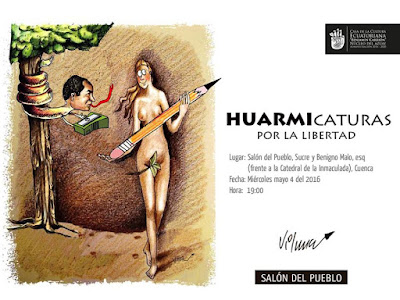 
“I have never seen such a hostile environment . . . It is believed that an image is more dangerous than reality, so there has been a decision to stop cartoonists” — Vilma Vargas VIOLENCIA DE GÉNERO EN ECUADOR by Vilma Vargas
Ecuadorian artist Vilma Vargas is protesting the censorship of an exhibition of her paintings and cartoons.  The head of Ecuador’s government-funded cultural organization, theCasa de la Cultura Ecuatoriana (CCE), has refused to publish a catalogue to accompany the exhibition of 50 of Vargas’ works.  The catalogue included reference to civil rights abuse by the government of President Raphael Correa.  CCE Chairman Iván Petroff also prevented the titles and contextual information to be displayed alongside the pictures and paintings.  The exhibit’s theme is Freedom of Expression/Freedom of Opinion.  The video component planned for the exhibition, which included animations, was removed.  The show — HUARMIcaturas, por la libertad — opened May 4, World Press Freedom Day.  Ms. Vargas was informed that elements of the exhibit would be censored the day before.
In a Kafkaesque denial, the CCE claimed it prohibited background and contextual information from accompanying the artwork merely to prevent the exhibition from becoming “a forum for opinion and political criticism, thereby undermining the institutional mission and vision of the CCE to promote, support and sponsor the works and artists without any bias involving . . . political positions of any kind.”

Vilma Vargas has been producing political cartoons for 21 years, most recently for the newspaper Hoy, which folded two years ago under pressure from Ecuador’s repressiveCommunications Law.  Last year, someone went to great effort to break into Ms. Vargas home, though nothing was taken.  Ms. Vargas interpreted the break-in as a message of intimidation. Her cartoons often target the government of Ecuador’s President Raphael Correa.“Freedom of expression has not been censored in any way” — CCE official statement

Vilma Vargas exhibition “HUARMIcaturas, por la libertad” will be on display until May 31 at the People’s Hall of the CCE, Núcleo del Azuay.  Cultural Agency Censors Cartoonist/Painter Vilma Vargas In Ecuador