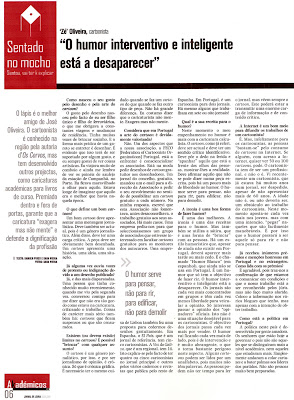 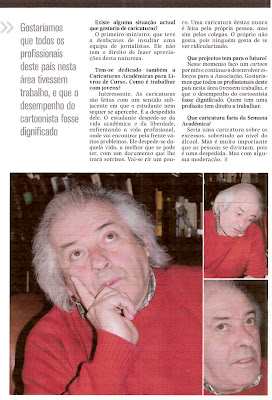 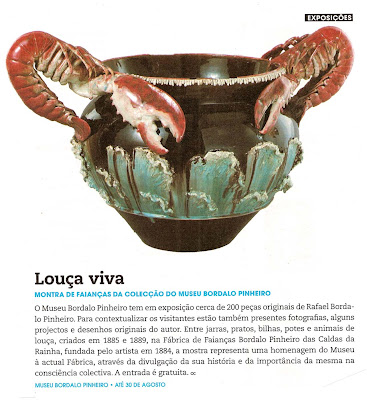 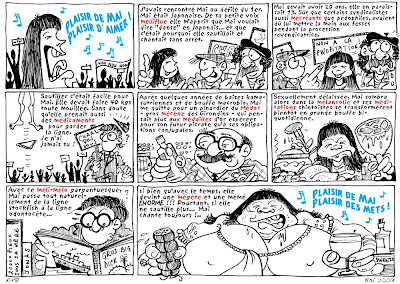 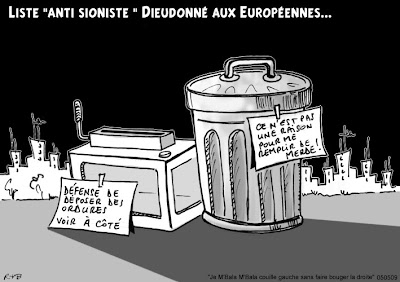 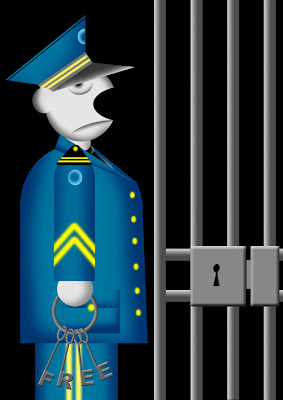 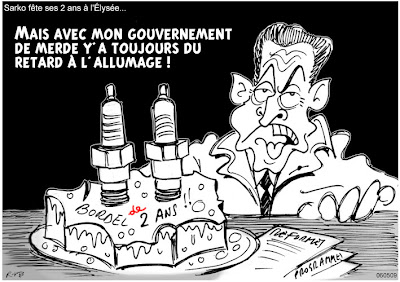 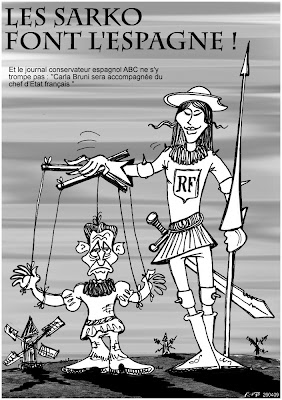 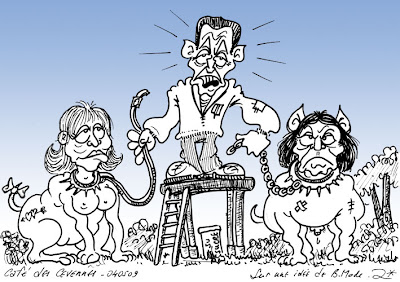 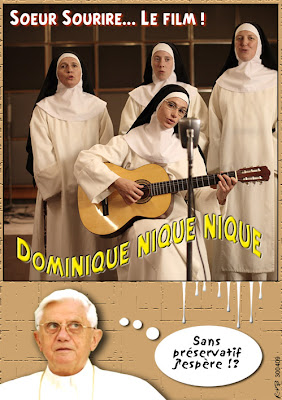 The winners and finalists in the 2009 International Editorial Cartoon competition: “Protecting privacy?” 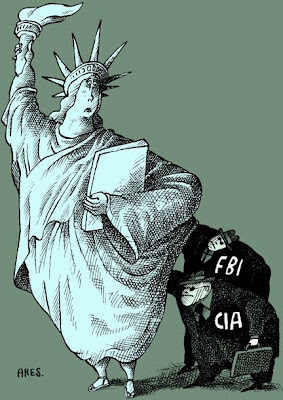 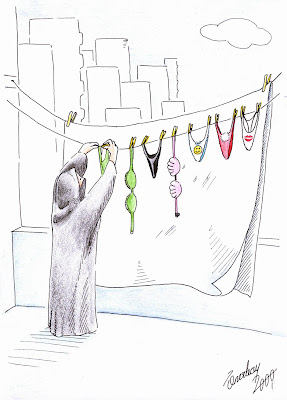 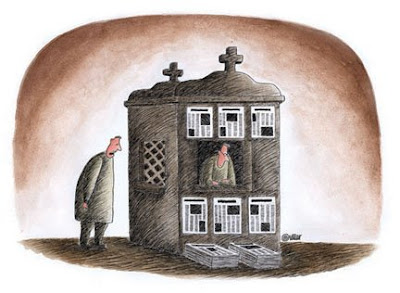 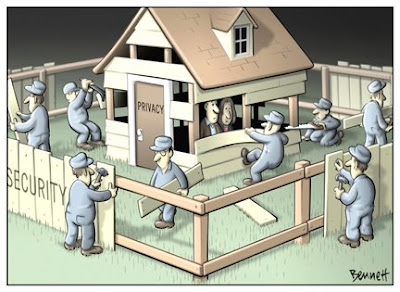 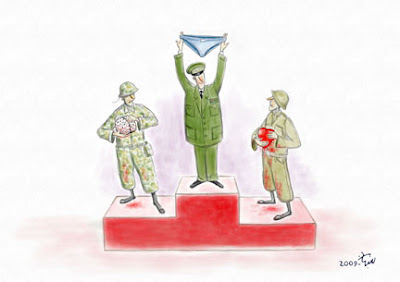 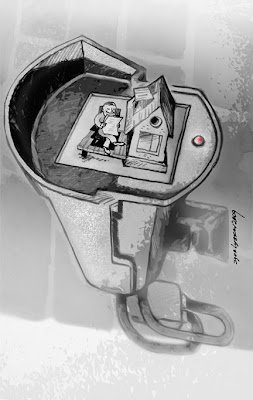 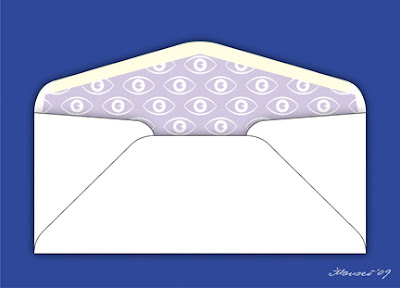 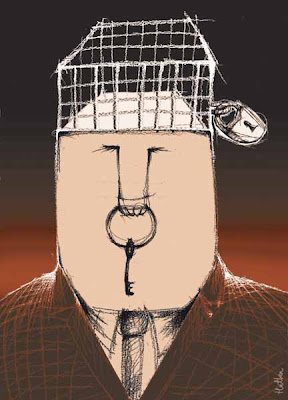 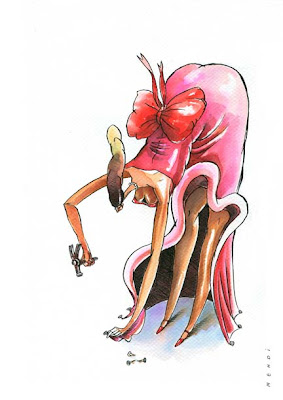 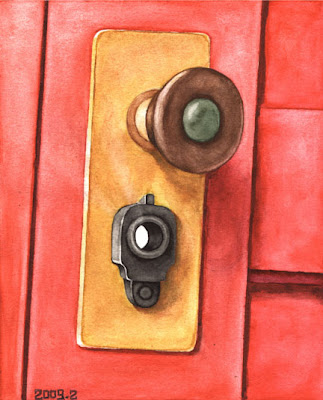 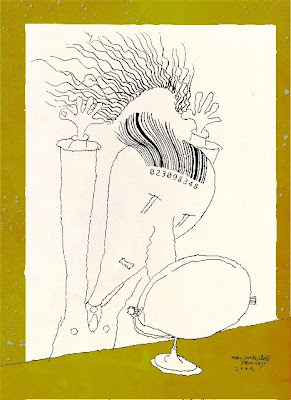 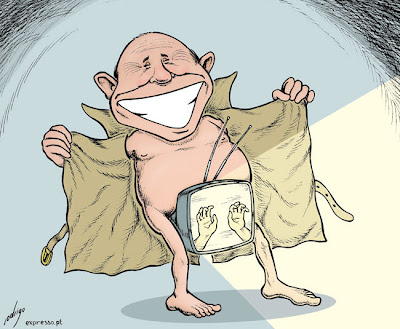 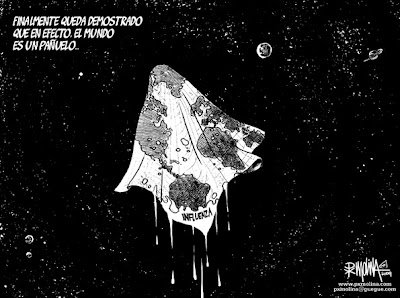 It's a great honor to me to send you Pharaohs Magazine (Published in Cairo by FECO group Egypt) Issue# 072 I hope that you enjoy it, and welcome for any Material (Cartoons - Caricatures - Articles - News) to be Published in our Magazine.You can click on this link to download this Issue:
http://www.pharaohs.effatcartoon.com/Issues%20Magazine/Issue%20072.pdf
or New site for Pharaohs Magazine:
www.pharaohs.effatcartoon.com
then enter in Pharos Magazine, you will find the new issue (72) from the magazine Pharaohs (PDF), also, the previous issues.wait next issue (73) soonNote: Please Don't reply on this E-mail addressI hope you like it, and I'll wait for your opinion.Sincerely,Ismail, M. EFFATPresident FECO of EGYPT (Federation of Cartoonists Organizations) Free-Lanser CartoonistCorrespondent of WittyWorld Int. Magazine PS. welcome to visit my web site:
www.effatcartoon.com (under construction)
www.pharaohs.effatcartoon.com
http://effat.8m.com/
// posted by humorgrafe @ 12:17 PM 0 comments 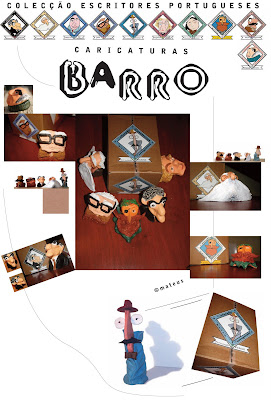 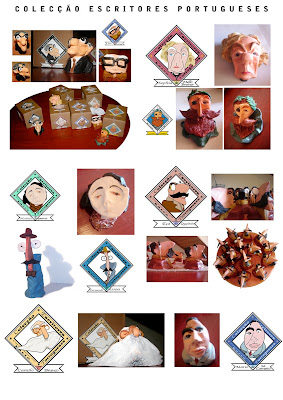 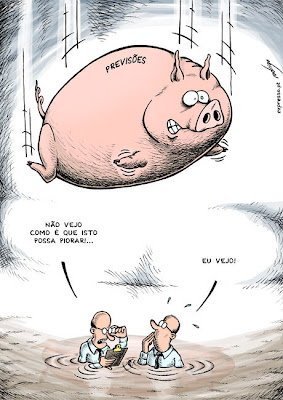 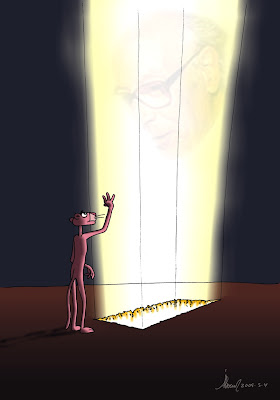 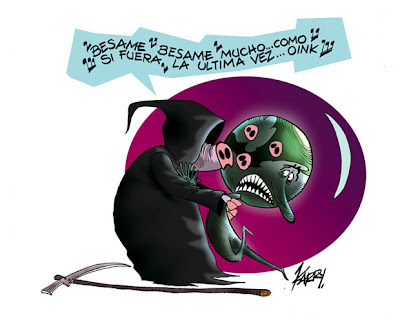 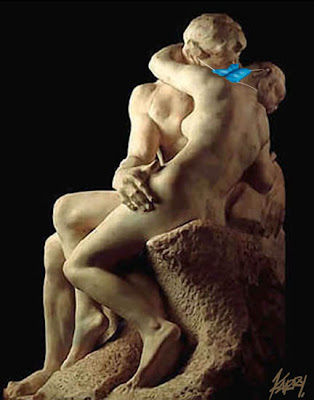 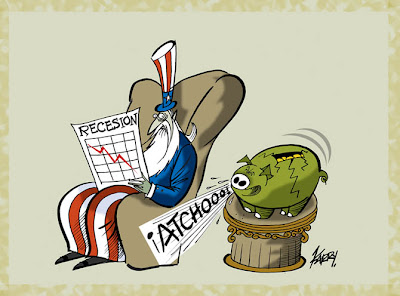 1- What do you know about the history of humor in your country?It has been there for ages, as we have the rock drawings, so it was there before us.Seems to be the oldest rock Art of all.
2- Has it ancestral roots or is it just a contemporary formula of European importation of facing reality? It has ancestral root, may be when it comes to tools are European Importation. The ideas remain African.
3- Are there many cartoonists in your country? YES
If yes, what are their names?
Ali Masoud ‘KIPANYA”, King Kinya,Fred Halla, Chris Shola, Abdallah Masoud, Popa Matumula, Mussa Ngarango, Haji abeid, Noah Yongolo, Cloudy Chatanda, James Gayo, Danniel Mzena, Fadhil Mohamed, Adam Lutta, Abdul King O, Francis Bonda, Oscar Makoye, Sammi Mwamkinga, Nassoro Mjusi, Robert Mwampembwa, Ibra Washokera, Sagawala, David Chikoko, Ms. Zaituni Sayeedea, Simon Regis, Ahmed Viriyala, Supa Deo, Chris Katembo
Do you have their contacts?YES
4- Are there any Humor Festivals in your country?NO
5- Is there any specialized humoristic press in your country? YES
If yes, whar rae the names of the newspapers? SANI, Is the other press publishing cartoons?ALMOST EVERY NEWSPAPER
6- Why did you decide to dedicate yourself to this art? PASSION AND WAY OF COMMUNICATING MY IDEA
7- Who are your local masters? ALI MASOUD ‘KIPANYA’(www.kipanya.co.tz)
Which are your international references?The late MacNeil
8- Do you think that in your graphic style there is a special African influence? A LOT
9- Can African Culture influence your way of creating humor? VERY MUCH AS WE TRANSFORM OUR WAY OF LIFE TO LAUGH AND JOKE ABOUT AUTHORITY
10- What is your definition of humor? COMMUNICATING THROUGH SATIRICAL APROACH
Which is the role of cartoon in the contemporary society?IT HELPS ON TRANSFORMING OUR COMMUNITY POLITICALLY, SOCIALLY, ECONOMICALLY AND CULTURALLY.
11- Do you think that your political opinions influence your cartoons? YES
12- How does your country see graphic humor? AS TOOL OF COMMUNICATION, EDUCATION AND ENTERTAINMENT
13- How do the politicians react? THEY DON’T LIKE TO BE DRAWN, HOWEVER SOME ENJOYS.
Is there any official censorship? YES, FROM GOVERNMENT THROUGH EDITORS
Are there any governmental or private persecutions? YES, SOMETIMES
14- Further to political problems, are there any ethnic, religious or social problems for that censorship? RELIGIOUS YES,
15- Are the ethnic issues an obstacle for a democratic laugh? NOT REALLY
And what about the religious ones? DEPENDS ON THE ANGLE.
16- Have you ever been persecuted or went to prison? NOT YET
17- Do you believe that humor can help with the democratization of the world? IT DOES
18- What do you think about the relationship between Africa and Europe? ONE SIDED, WHERE AFRICA THINK IT NEEDS HELP FROM WEST, WHILE WEST SEE THE POTENTIAL THAT AFRICA HAS FOR ITS DEVELOPMENT, IT’S A CONFUSION TO ME.
North and South? SOUTH ARE DEPENDANTS
19- Can humor be a helpful instrument in that relationship?YES, WE DID A LOT, BUT DEPENDS ON THE PARTICULAR COUNTRY AS NOT ALL COUNTRIES LIKE HUMOR.
An instrument to allow us to know better each one of us? YES
Or do you believe that it should be done in more serious ways, through other forms of art? IT WORKS ON ITS OWN HOWEVER OTHER ARTFORMS CAN STILL WORK ON THEIR DIRECTION.
20- If you succeed to laugh with everybody, can Peace be an universal reality? NO DOUBT ABOUT THAT.IF THE WORLD COULD LAUGH AT ONCE, WOULD BE A BETTER PLACE AT LEAST.
Name: Fred Halla
Birth Date: 22nd May 1975
Place of Birth: Songea
Nationality: Tanzanian
Sex: Male
Marital Status: Single
Language: Fluent in Kiswahili and English
Profession: Visual Artist
Computer Literacy: Introduction to PC and Windows software applications
Contacts: P.O Box 5260, Dar es Salaam, Tanzania.
Tel: +255 754 263 810,
Email: fredhalla@yahoo.com
Websites: www.artshost.org/rafiki
EDUCATIONAL BACKGROUND
2002 -2005 Bachelor Degree in Fine Arts at the University of Dar es Salaam
1996- 1998 Advanced Level education at Jitegemee High School in Dar es Salaam.
COURSES/ TRAINING.
2001 Illustration course by Children’s Book Project for Tanzania
1999 Book Illustration Course by Ministry of Education and Culture in collaboration with SIDA.
WORKSHOPS, SEMINARS ATTENDED
2008 Ngoma International Artists workshops in Uganda
2007 Rafiki Regional Workshop in Dare s salaam
2004 Illustrators Workshop organized by The British Council - Dar es Salaam.
2004 Website Designing Workshop organized Rafiki Art Trust in Dar es Salaam
2002 Advanced Cartoonists Workshop organized by The British Council
Dar es Salaam.
2001 Workshop on Primary Education Development Program (PEDP), awareness creation and development of Information, Education and Communication Material (IEC) organized by Ministry of Education and Culture.
EXPERIENCE
2005 to date Chairperson Rafiki Art Trust
2004 Coordinator for Regional Mural Painting Workshop by Rafiki Art Trust.
2001 Displaying designer for Embassy of Japan exhibition “East African Leading Cartoonists”.
EXHIBITIONS
2008 Group exhibition on the South African Heritage Cultural Week in Tanzania at Alliance
2007 Group exhibition at British Council Tanzania
2007 Group exhibition at Nyumba ya Sanaa by Rafiki Art Trust
2003 Online exhibition on “Romanian Great Comedian, Writer, Poetry” (Calgiale Caricatures) organized by Eastern Europe Cartoonists Rights Network.
2003 On line exhibition ‘bongotoons website’ at Virtual Museum of Contemporary African Art in Netherlands organized by Africaserver Foundation in Netherlands. (www.vmcaa.nl/bongotoons).
2002 On line exhibition on “XXI Century Great Personalities” in Romania organized by Eastern Europe Cartoonists Right Network.
2002- World Press Freedom Day (Open air exhibition) organized by Popular Association of Cartoonists in Tanzania.
2002- Public exhibition on National Census awareness (an open air) organized by Popular Association for Cartoonists in Tanzania.
2001- “Election 2000” at Nyumba ya Sanaa organized by Wasanii Art Gallery.
2000- East African Leading Cartoonists (WITTY BLACK LINES) held in Nairobi and Dar es Salaam, organized by Embassy of Japan.
2000- Water color Paintings at the embassy of Finland organized by Fine Artist Association of Tanzania (FAAT).
AWARDS:
2008: The Winner of International Young Visual Arts Entrepreneur Award 2008 (IYVAE 08) in Tanzania.
// posted by humorgrafe @ 12:13 PM 0 comments

ABOUT POPA
Cartoonist and illustrator, Popa Matumula, was born on Wednesday, June 25th, 1969 in Kilwa, Lindi region in Tanzania. After completion of his secondary (Technical) education in 1987, he started his career as a freelance book illustrator and a cartoonist for a local comic magazine and newspapers.
Popa, also known as Kamtu, after his creation of a famous local cartoon character, Kamtu, has been in this field since then.
The cartoonist, who was the first in Tanzania to draw editorial cartoons that challenged the system under the then one-party political system through bi-weekly political tabloid, Fahari, in late 80s, has contributed his cartoon services for almost all leading newspapers in Tanzania. Among them are Sunday News, Majira, Mtanzania, The African, The Citizen, Business Times, Uhuru/Mzalendo and in the two weekly comic (& satire) tabloids, Sanifu (where he was among the key founders) and a short-lived Macho, the tabloid that was published by his own firm, Kamtu Ltd.
Also his cartoons have published in a number of publications abroad. Publications such as New African (UK), Newsweek (Korea edition), Los Angeles Times, The Post Star, Highsmith (US), KOSA Report, eins Entwicklungspolitik (Germany), Farafina (Nigeria)…
His cartoons, also, have exhibited in various exhibitions, those including Political Cartoons & Caricatures in East Africa (Kenya, Tanzania and Uganda), Volkerkundemuseum Frankfurt (Germany), 2000 Political Elections in Tanzania, 2001 Zanzibar International Film Festival (ZIFF), 2002 & 2003 Press Freedom Day, Malaga University (Spain), 2007 & 2008 World Press Cartoon (Portugal), 2007 London School of Economics and Political Science (UK)
In 2001, he was one of the winners (Honorary mentioned) of the UN editorial cartoons competition- United Nations Ranan Lurie Political Cartoon Award.
In 2007, he was the winner of Tanzania’s The Edward Moringe Sokoine Journalism Award (in cartoon category).
Hail from Morogoro, Popa, who does not take meat or smoke, believes that his editorial cartoons are his loudspeaker to express his views to the World.
He humiliates with the truth that only 20% of the World population benefit from 80% of the World’s wealth while 80% of the population scramble for remaining 20% of the wealth.
He resides in Dar Es Salaam.
// posted by humorgrafe @ 12:09 PM 0 comments


Shapiro ( South Africa) -January 27, 2009 · A cartoon lampooning one of South Africa's top politicians has sparked a million-dollar lawsuit and renewed debate over freedom of expression in the country.
The cartoon is graphic. It shows the president of the ruling African National Congress, Jacob Zuma, unbuckling his belt and preparing to rape a distressed and blindfolded Lady Justice. She is being held down by several ANC alliance partners, one of whom is saying "Go for it, boss."
Jonathan Shapiro — pen name Zapiro — created the cartoon. He insists politicians are fair game, especially when they step out of line.
"We should respect the office; we do not have to respect the person who occupies that office," he says. "We should be able to attack them, to make fun of them."
Zapiro's cartoon, published in Johannesburg's Sunday Times in September, lampoons Zuma on two fronts. First, by depicting Zuma with a shower head on his head, the cartoon recalls his 2006 rape trial. Zuma was acquitted. But he testified that he protected himself from possible infection from the HIV-positive woman by taking a shower immediately after having sex.
The cartoon also references a pending corruption case against Zuma, which could hamper his ambition to become South Africa's next president. Zapiro says his cartoon shows Zuma metaphorically threatening to rape the justice system in his quest to become president.
An outraged Zuma last month sued The Sunday Times and Zapiro for nearly $1 million, claiming his reputation and dignity have been damaged. During an appearance on a radio program, Zuma said that Zapiro's work is "quite vulgar" and that the cartoonist is "invading" his dignity.
In reply, Zapiro called in to say that he does exactly what journalists, cartoonists and satirists do in democratic societies.
He challenged Zuma to show a commitment to freedom of expression, rather than just pay lip service to it.
"You've mentioned a responsible press," Zapiro said during the radio broadcast. "A responsible press is one that holds its politicians to account."
The award-winning cartoonist has lampooned many of South Africa's leaders, including Nelson Mandela, who never took issue.
Tawana Kupe, a media critic and professor at the University of the Witwatersrand, defended the cartoonist on another radio program.
"It's bad taste, but bad taste is part of an artist's creativity," he said.
Kupe argued that Zuma should drop his lawsuit. But editor Mathata Tsedu, chair of the African Editors Forum, disagreed.
"Bad taste and legal are not necessarily the same. The cartoon may be in good taste but may be legally wrong," Tsedu said. "The court must pronounce on whether [Zapiro] has crossed the line."
The debate is continuing on the airwaves and in the streets, in think tanks and press institutes, and, sooner or later, in court. And that will add still another chapter in the evolving drama of a young democracy grappling with issues of freedom of expression.
// posted by humorgrafe @ 12:01 PM 0 comments