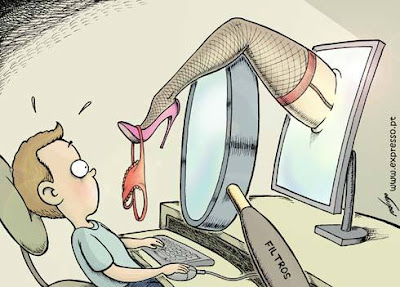 The "2009 Cevennes calendar" (Rene Bouschet’s digital drawings) is in free download on my blog at this URL:
http://erbykezako.blogspot.com/2008/10/calendrier-cvennes-2009.html
The drawings that illustrate the calendar pages are digital's drawings made this year near of Le Vigan city (France).
R * B 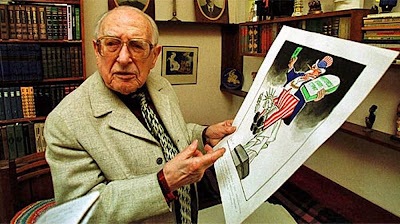 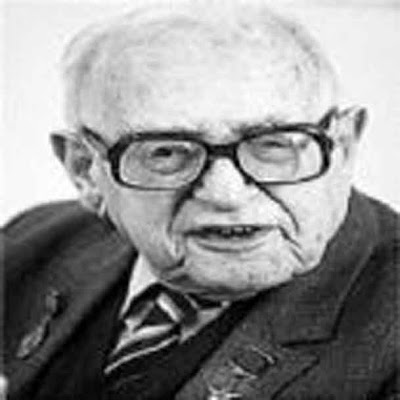 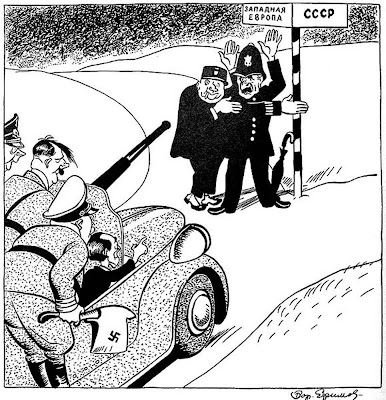 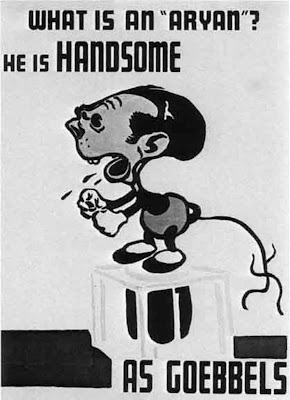 Boris Yefimov, a Russian cartoonist despised by Hitler and beloved by Stalin, who for 70 years and 70,000 drawings wielded his talent as a keen sword to advance the goals of his country, died in Moscow on Wednesday.
He was 109, old enough to have seen the last czar pass in a coach, become friends with Trotsky, have Stalin personally edit his cartoons and vote for Vladimir Putin. In dispatches about his death, his age was first reported as 108, then corrected by his family. 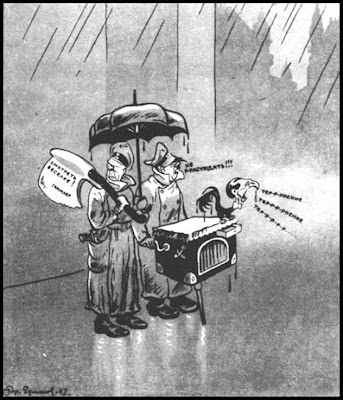 When Yefimov was just 107, several Israeli newspapers reported that he was very likely the oldest living Jew, though he began to practice his religion only when he was 100.
The death of Yefimov, whose name is sometimes transliterated from the Cyrillic as Efimov, was widely reported by Russian news media.
Some reporters could not resist leading with his oddly warm but necessarily precarious relationship with Stalin, that famous lover of cartoons. Others first mentioned Hitler, whom Yefimov depicted as a sinister mix of the crazy and creepy. Hitler vowed to shoot the cartoonist as soon as he captured Moscow
Over almost the entire history of the Soviet Union, Yefimov's cartoons provided sharp commentary on subjects as varied as laziness on collective farms, bureaucratic inefficiency, the trials of Nazi leaders at Nuremberg, foreign policy trouble spots like Berlin and Yugoslavia, the Kennedy assassination and Mikhail Gorbachev's attempt to reform and salvage communism. 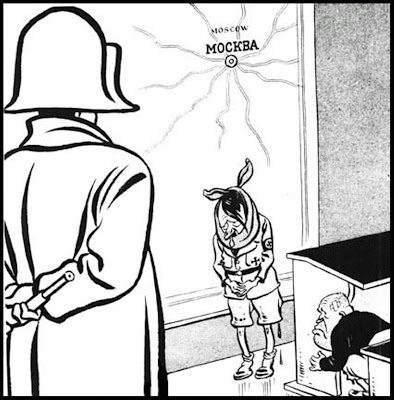 Yefimov was born as Boris Fridland in Kiev on Sept. 28, 1899, the second son of a shoemaker. Within three years, his family moved to Bialystok, which is now part of Poland. It was there that he began to draw, when he was 5, and saw Czar Nicholas II, when he was 11. He studied art and then law before going to Moscow to escape the chaos of the civil war in Ukraine.
In the 1920s, he and his brother, Mikhail Koltsov, who became a leading Soviet journalist, changed their last name, Fridland, partly because it sounded Jewish at a time when anti-Semitism was on the rise. He got a job at Izvestia through his brother's connections.
Trotsky liked Yefimov's cartoons so much that he wrote the introduction to the first book collecting them, in 1924. Only reluctantly did the editor of Izvestia agree to print the words of Trotsky, who by then was on Stalin's bad side. The editor was executed for his decision. 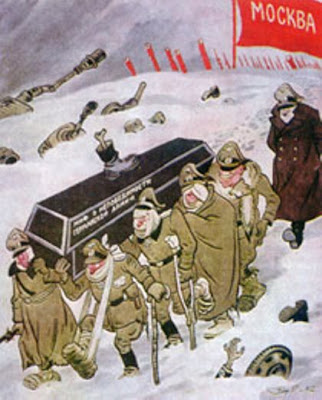 Even after Yefimov's brother fell into disfavor with Stalin and was executed in 1940, he himself remained one of the dictator's favorites. Stalin criticized the buckteeth he gave Japanese characters as racist, but nothing happened to the man who drew them.
Yefimov worked for many publications and some of his cartoons in effect became national icons, like the one showing frozen German soldiers carrying a coffin labeled "the myth of the invincible German Army." He received two Stalin prizes, among many honors. 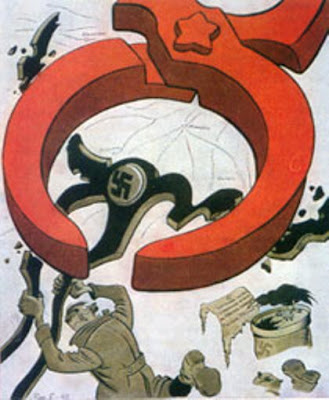 Interview with Boris Efimov Political cartoonist, Pravda
Interviewer: How long have you been working as a political cartoonist?
Efimov: I consider the beginning of my career as a political cartoonist being from the summer of 1919. Which means that next year, if I am still alive, I will have been working 80 years.
Interviewer: You must have recorded in your work a lot of political events that you have seen in the course of your life, all the history of the Soviet Union.
Efimov: Absolutely. The Soviet Union was created before my eyes, and before my eyes it was liquidated. Under Soviet power from 1917, for about 90 years. I saw everything with my own eyes, heard everything, I witnessed a great deal and took part in a great deal.
Interviewer: How was the West depicted in your cartoons? Were there certain images that you would use?
Efimov: Cartoonists' images reflect reality, what is going on in the world, what is going on in our country. Cartoons are a mirror to reality. In my caricatures and political drawings, I portrayed the West. Although the West is a very broad term, but if you take it to mean everything outside our country, it seemed to us unfortunately for many years something of an enemy, something contradicting the order and values we had in our country. It is not because people wanted it to be that way, that we should be the opposite of the West. It just happened that way. I should say that there were two types of cartoon. There was the humoristic cartoon, funny, kind, entertaining, but there was also cartoons that were bitter, mean, offensive, exposing, those which are used as satiric weapons for those countries that consider themselves in "danger". You must know that good relations were not brought to our country in the last 100 years, a whole lot of history which we already know and is irrelevant. Although I did many simply humorous cartoons, happy ones that entertained people, at the same time my job as a political cartoonist was also to expose and make fun of or brand a disgrace whichever of our enemies the given occasion demanded. That was my main task. For us the Spanish Franco was our enemy, but Spanish Dolores was our friend. Unfortunately we rarely got the opportunity to draw them because all our efforts went towards caricaturing the Fascists and Hitler, and those who were attacking our country. 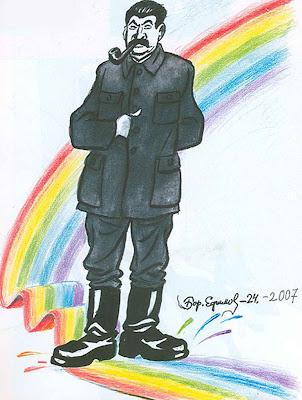