Dear Cartoonist Friend,
Cartoonists all around the world participated to the international cartoon festivals which were organized by Active Philosophy-Yeni Yuksektepe Cultural Association in Istanbul in the recent years. The first festival’s subject we arranged was mixed(1997); the second festival’s subject was “East and West”(2000); the third festival’s subject was “Water and Life”(2003), the fourth festival’s subject was “Global Warming”(2005), the fifth festival’s subject was “Intercultural Tolerance”(2007), the sixth festival’s subject was “Energy”. We organized 7th Cartoon Festival in Eskisehir in 2012 with the subject “Philosophy” with the collaboration of Anadolu University total 38 countries, 561 cartoonists, 1651 cartoons. Finally in 2014 we organized 8th Cartoon Festival with the theme “Voluntariness” with the collaboration of Anadolu University. (45 countries, 163 cartoonists, 511 cartoons)
9. International Eskisehir Cartoon Festival is organized by Active Philosophy - Yeni Yuksektepe Cultural Association and Eskisehir Metropolitan Municipality.
The theme of the ninth International Eskisehir Cartoon Festival is chosen as “World Heritage“.
SUBJECT: “World Heritage” 3-D documents that define collective memory of humanity. Monuments, buildings, archaeological areas, ceremonies, rituals, traditional dances, local productions, elements that constitute the richness of world heritage could serve as the subject.
Wars that continue in different areas of the world, global climate change and natural disasters increasing in number in recent years, threaten the cultural heritage that inspires the humanity and lead to loss of collective memory.
AIM: To “create an awareness” in the society regarding the protection of Cultural Heritage which is in danger due to natural disasters, global climate change and wars; to “encourage thinking” and the most important of all to “produce a want to contribute”.
We Active Philosophy - Yeni Yüksektepe Cultural Association and Eskisehir Metropolitan Municipality, expect talented cartoons with the subject “World Heritage” from all cartoonists.
The cartoons to be exhibited during the festival in Eskisehir will also be exhibited in other branches of our association which are in other cities of Turkey such as Istanbul, Ankara, Izmir, Adana, Antalya, Van, Bursa, Izmit, Mersin, Aydın and associations in abroad which collaborates with Active Philosophy, Yeni Yuksektepe; for people who are interested in art.
We would like to invite you to the 9th International Cartoon Festival which will be held on 24 November-11 December 2016 with your talented cartoons.
ACTIVITIES DURING THE FESTIVAL:
Opening will be held in Eskisehir Metropolitan Municipality Ataturk Culture Art Congress Centre on 24 November 2016 at 18:00.
1)      EXHIBITION: Exhibitions of the cartoons under the theme of “World Heritage” will take place during 24 November-11 December 2016. More than 200 well-known cartoonists are expected to participate to the exhibition as before.
2)      SYMPOSIUM: An opportunity is created for inter-disciplinary works by performing a symposium under the theme of “World Heritage” with participation of guests on arts, science, and philosophy.
3)      CONCERT: A concert of AFMA music group will be held.
4)      THEATRE PERFORMANCE: with the subject of World Heritage by Active Philosophy Theatre group.
TERMS OF PARTICIPATION :
Theme:
1)      The theme of the exhibition is “World Heritage”. Cartoons not related with the main theme and the sub- themes, may not take part in the festival and the exhibition. The final decision is to be given by the Organizational Committee, and this committee works with cartoonist Tan Oral’s chairmanship.
Technique:
1)   Technique: Free. Black/white or colored.
2)      Dimension: A4 or A3. No passé partout, no frame.
Shipment  (Possible by 2 ways):
1)  By mail: (cartoonistfest@gmail.com)
Cartoons should have 300 dpi resolution and JPEG formatted. (Max. 2 MB)
Work should be named. Example: nameandsurnameofartist_nameofwork.jpeg

2)   By post: If this way is preferred, cartoons shouldn’t have passé partout and frame. Please
send them with filled participation form to the below address.
Aktiffelsefe-Yeni Yuksektepe Kultur Dernegi,
Isiklar Mah. Gultugrul Sok. No:6 Eskisehir-TURKEY

P.S:  No limitation for the number of works to be sent for the exhibition.
Sending Back the cartoons:
1) All cartoons will be kept in the cartoon archives of Active Philosophy-Yeni Yüksektepe Cultural Association and archives of Eskisehir Metropolitan Municipality and will not be
sent back, unless there is a special request from the artist to send his/her work back.
Usage Rights of the cartoons:
All the usage rights of the cartoons belong to Active Philosophy-Yeni Yuksektepe Cultural Association without any commercial purposes and Eskisehir Metropolitan Municipality, partner of the 9th International Cartoon Festival. The originals may be printed or exhibited in Turkey or abroad; used for the books, magazines, catalogues, brochures, VCD’s and DVD’s to be printed by Active Philosophy-Yeni Yuksektepe and its corporative associations in Turkey or abroad; sent to another association in Turkey or abroad for the purpose of exhibiting or printing without commercial purpose by Active Philosophy- Yeni Yuksektepe. Even if the cartoonist sends the originals or the copies to Active philosophy-Yeni Yuksektepe, the cartoonist will be the owner of the publication and financial rights. Cartoons that were exhibited in the festival will be covered under a catalog. A copy of the catalog will be uploaded on the Internet web site http://cartoonistfest.org and www.eskisehir-bld.gov.tr free for download. News covering the festival will also be available on the same web sites. The originals may be used in the news coverage about the Festival in the Print and TV Media. Both collaborators Active Philosophy Yeni Yüksektepe Cultural Association and Eskisehir Metropolitan Municipality are responsible for their own publications. 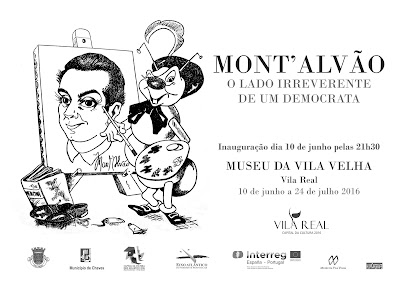 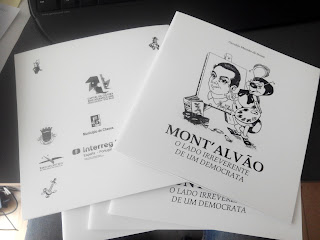