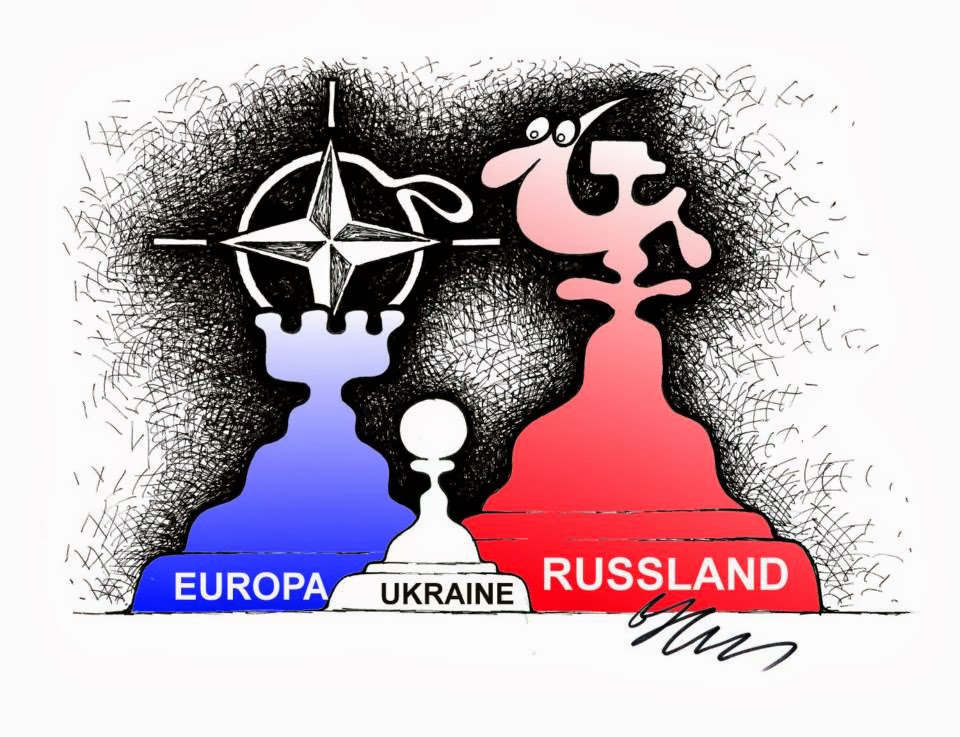 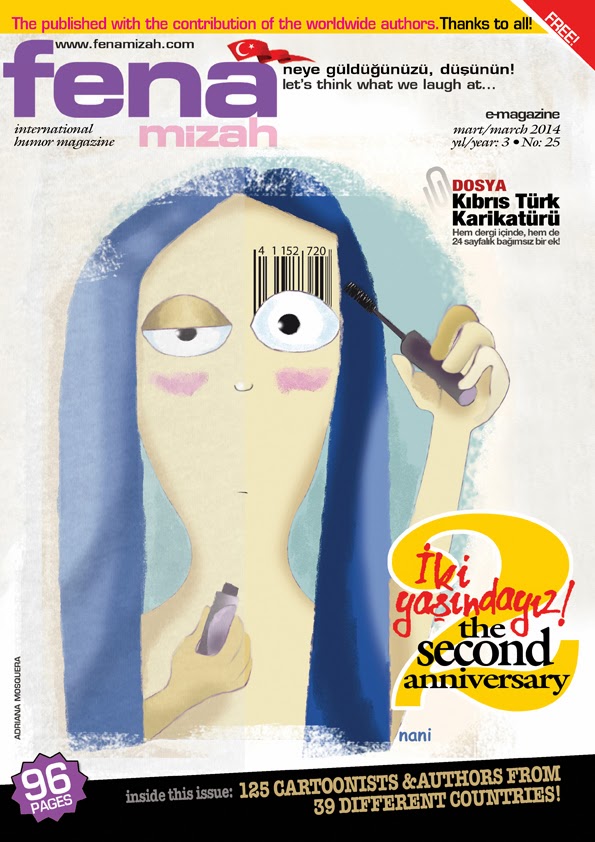 INSIDE THIS ISSUE:
125 AUTHORS FROM 39 DIFFERENT COUNTRIES...
The published with the contribution of the worldwide authors. Thanks to all!

communication: fenamizah@gmail.com
!
reminder for the next issue..
if you want send yours cartoon for next issue

International Cartoon Contest - To vote or not to vote - Ruse, Bulgaria 2014 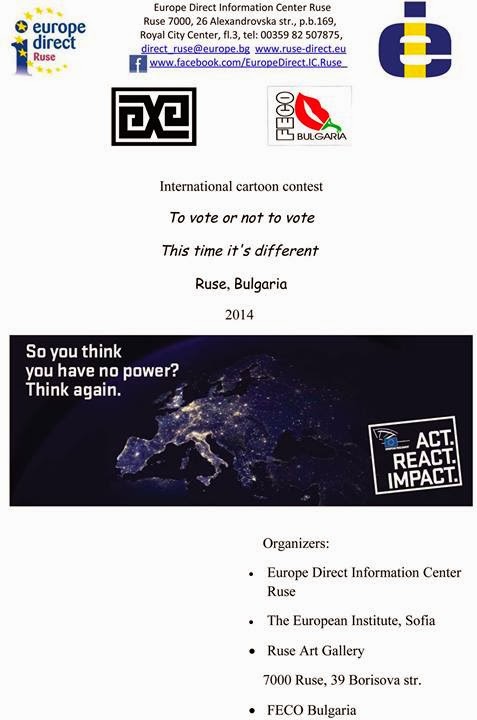 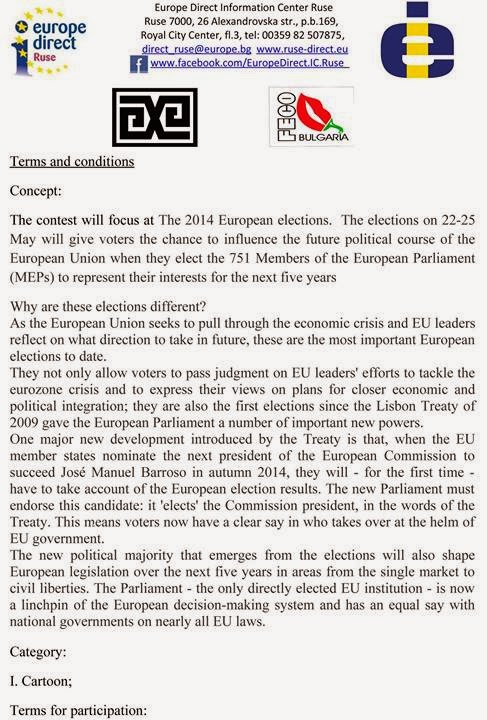 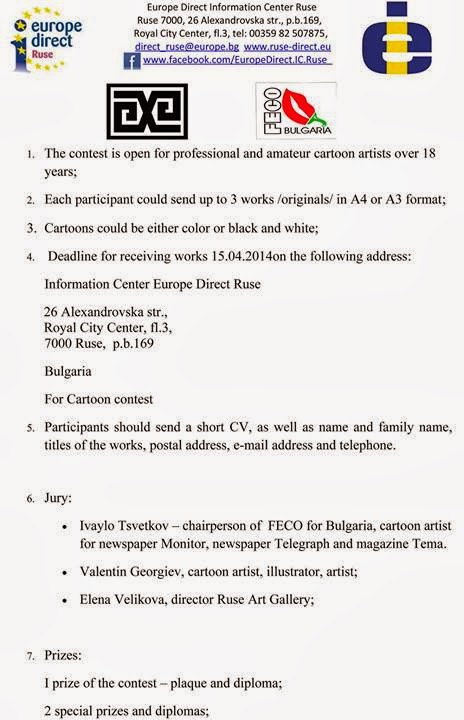 International Cartoon Contest - To vote or not to voteThis time it's differentRuse, Bulgaria 2014Organizers: Europe Direct Information Center RuseThe European Institute, SofiaRuse Art Gallery 7000 Ruse, 39 Borisova str.FECO BulgariaConcept:The contest will focus at The 2014 European elections. The elections on 22-25 May will give voters the chance to influence the future political course of the European Union when they elect the 751 Members of the European Parliament (MEPs) to represent their interests for the next five years Why are these elections different?As the European Union seeks to pull through the economic crisis and EU leaders reflect on what direction to take in future, these are the most important European elections to date.They not only allow voters to pass judgment on EU leaders' efforts to tackle the eurozone crisis and to express their views on plans for closer economic and political integration; they are also the first elections since the Lisbon Treaty of 2009 gave the European Parliament a number of important new powers. One major new development introduced by the Treaty is that, when the EU member states nominate the next president of the European Commission to succeed José Manuel Barroso in autumn 2014, they will - for the first time - have to take account of the European election results. The new Parliament must endorse this candidate: it 'elects' the Commission president, in the words of the Treaty. This means voters now have a clear say in who takes over at the helm of EU government.The new political majority that emerges from the elections will also shapeEuropean legislation over the next five years in areas from the single market to civil liberties. The Parliament - the only directly elected EU institution - is now a linchpin of the European decision-making system and has an equal say with national governments on nearly all EU laws.Category:І. Cartoon;Terms for participation:Europe Direct Information Center RuseRuse 7000, 26 Alexandrovska str., p.b.169,Royal City Center, fl.3, tel: 00359 82 507875,direct_ruse@europe.bg www. ruse-direct.euwww.facebook.com/EuropeDirect.IC.Ruse1. The contest is open for professional and amateur cartoon artists over 18years;2. Each participant could send up to 3 works /originals/ in A4 or A3 format;3. Cartoons could be either color or black and white;4. Deadline for receiving works 15.04.2014on the following address:Information Center Europe Direct Ruse26 Alexandrovska str.,Royal City Center, fl.3,7000 Ruse, p.b.169BulgariaFor Cartoon contest5. Participants should send a short СV, as well as name and family name,titles of the works, postal address, e-mail address and telephone.6. Jury:Ivaylo Tsvetkov – chairperson of FECO for Bulgaria, cartoon artistfor newspaper Monitor, newspaper Telegraph and magazine Tema.Valentin Georgiev, cartoon artist, illustrator, artist;Elena Velikova, director Ruse Art Gallery;7. Prizes:І prize of the contest – plaque and diploma;2 special prizes and diplomas;Europe Direct Information Center RuseRuse 7000, 26 Alexandrovska str., p.b.169,Royal City Center, fl.3, tel: 00359 82 507875,direct_ruse@europe.bg www. ruse-direct.euwww.facebook.com/EuropeDirect.IC.RuseSBH prize;RAG prize;FECO Bulgaria prize;All awarded and selected works will be part of exhibition in Ruse ArtGallery and IC Europe Direct. Cartoons will not be returned. All cartoonswill be included in collection of Europe Direct and will be included intravelling exhibition among Europe Direct Centers in Bulgaria.8. Postal costs for sending works are covered by participants. There is no feefor participation;9. Participation in this contest is considered as author’s agreement withpresent terms.10. We wish success to all participants!Opening of exhibition :May 2014, 17.30 EET.Ruse Art Gallery,Ruse, 39 Borisova str.Contacts :For all questions referring organization and terms of the contest you can writeto: direct_ruse@europe.bg to the Europe Direct Ruse or tovalyo1970art@yahoo.com Valentin Georgiev. 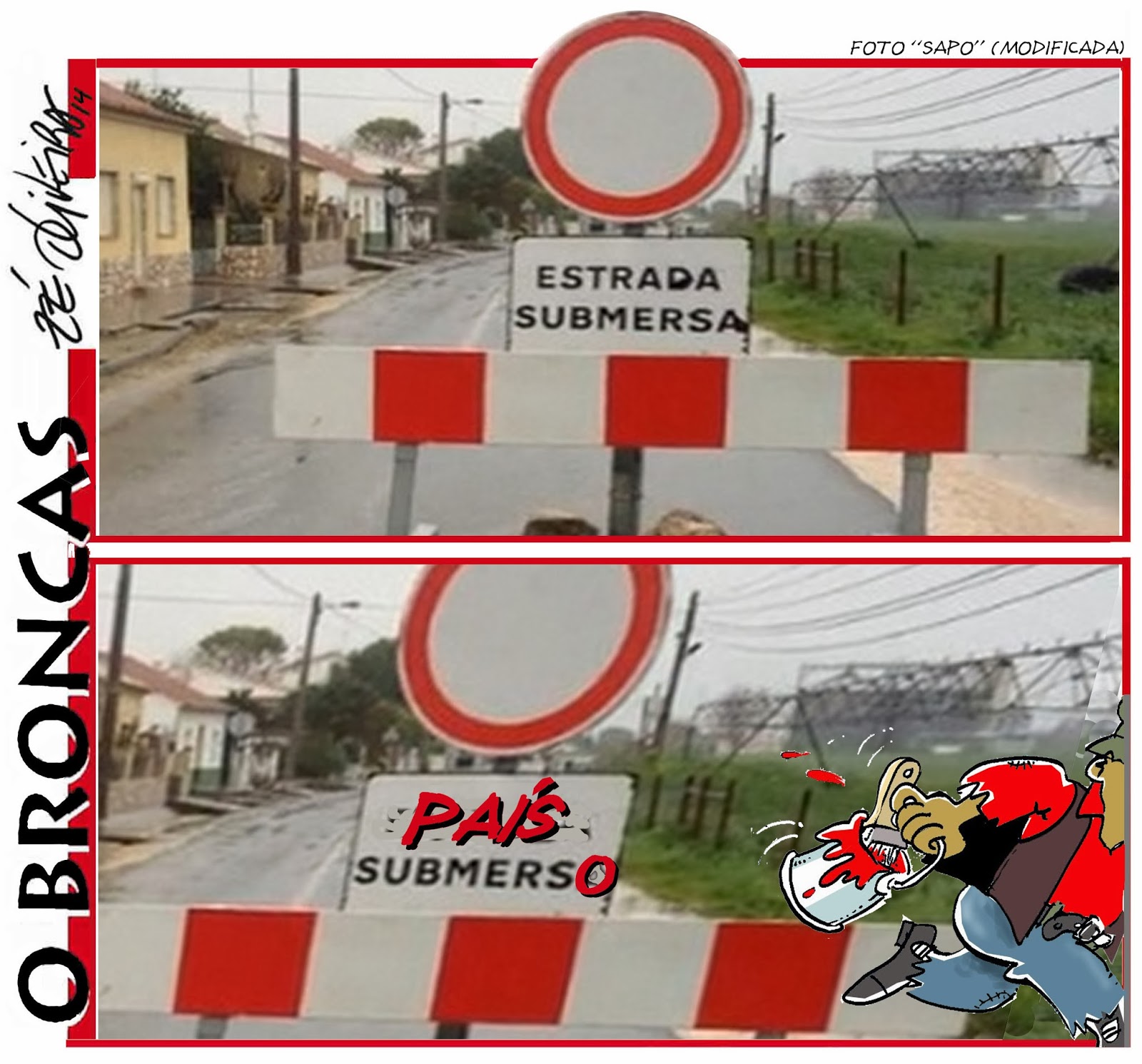 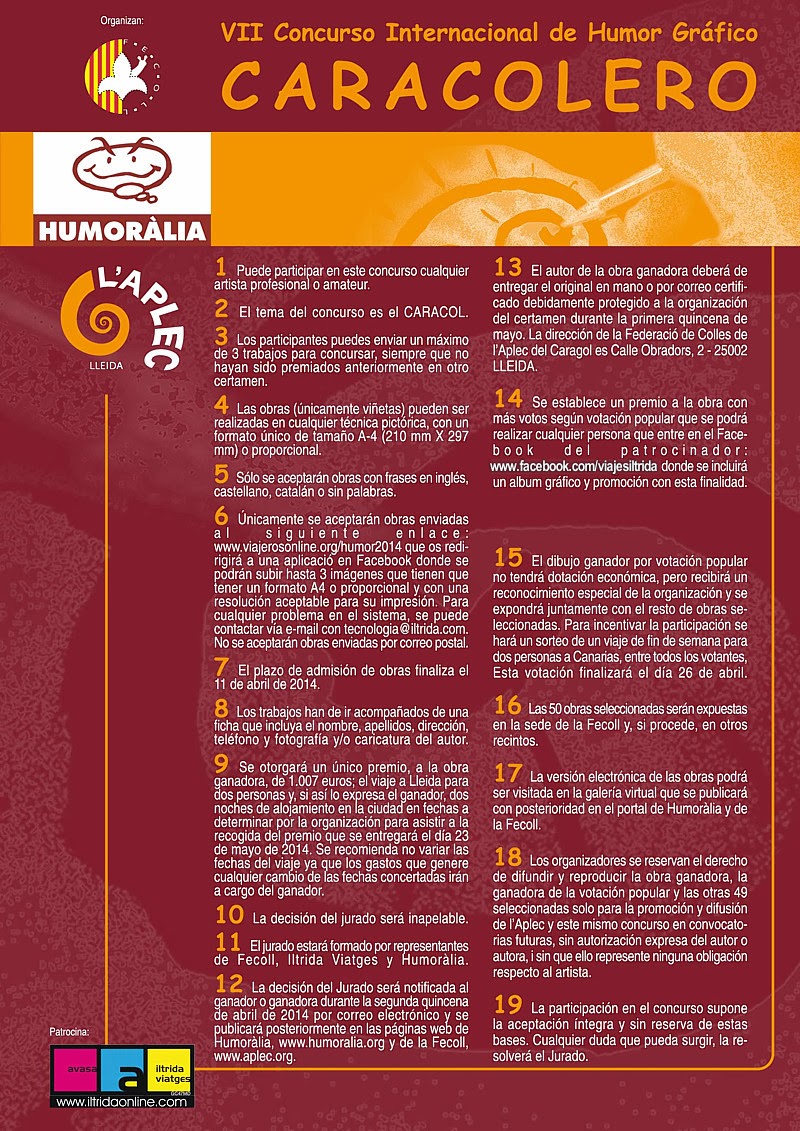 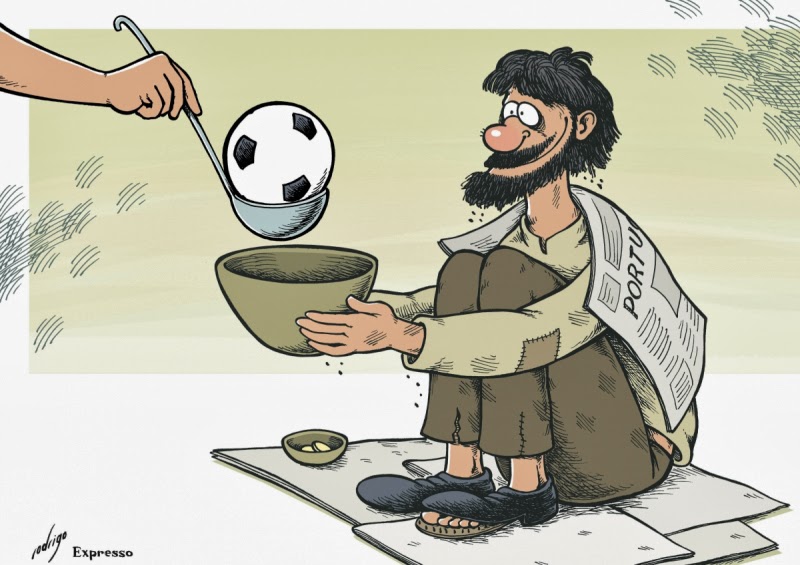 Among the growing poverty and the hard austerity measures, the people in Portugal found a reason to smile: the national football team qualified for the World Cup in Brazil, to be played in 2014. - See more at: http://pce.presscartoon.com/en/accueil#sthash.KKmFs9hS.dpuf

The PCE (Press Cartoon Europe) is an initiative of the PCB (Press Cartoon Belgium) in association with the International Cartoon Festival held in Knokke-Heist, Belgium. This annual prize awards the best cartoon published in any European country. The competition is open free-of-charge to all cartoonists who publish in European newspapers, magazines or electronic media.
Press cartoonists are invited to register on the website before 1 January in order to participate. There is a first prize of 8,000 euros plus a bronze statue designed by the Belgian illustrator Ever Meulen. The award ceremony takes place at the opening of the annual International Cartoon Festival and the preview of the exhibition of the nominated cartoons, in Knokke-Heist. The cartoons also appear in a multilingual annual catalogue.
Grand prix : Rodrigo De Matos (Expresso, Portugal)
Second prize : Tjeerd Royaards (360, The Netherlands)
Third prize : Hajo de Reijger (NRC Handelsblad, The Netherlands) 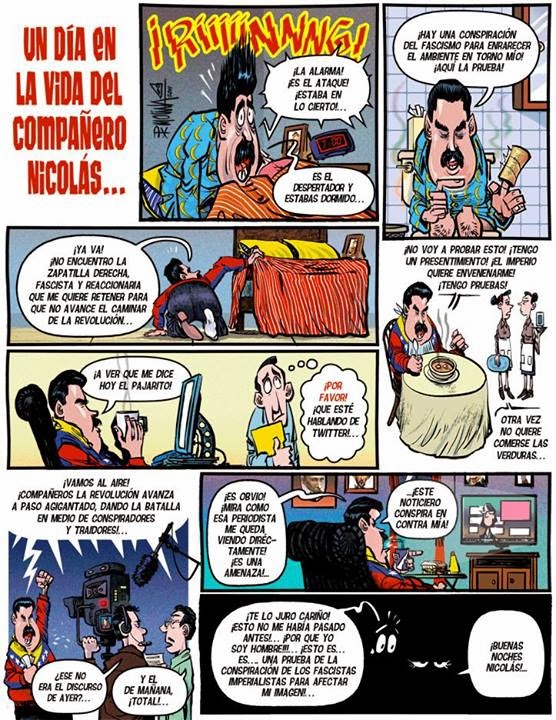 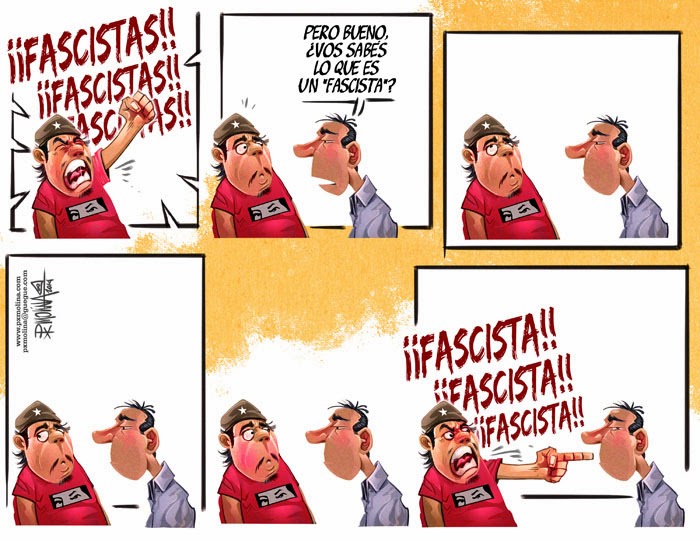 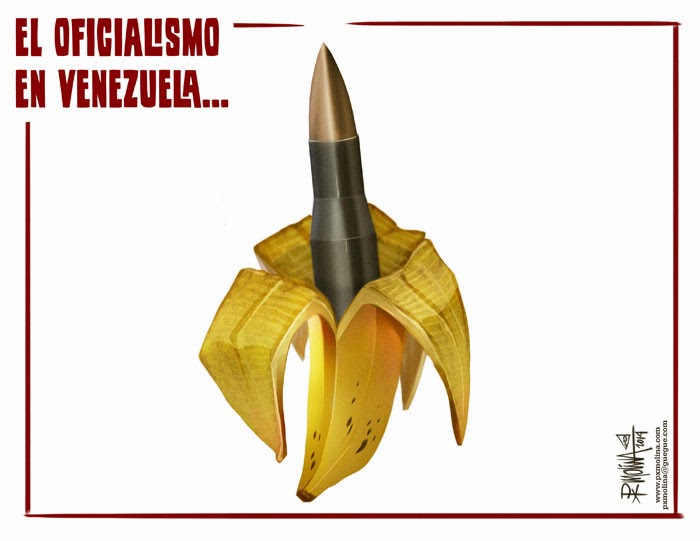 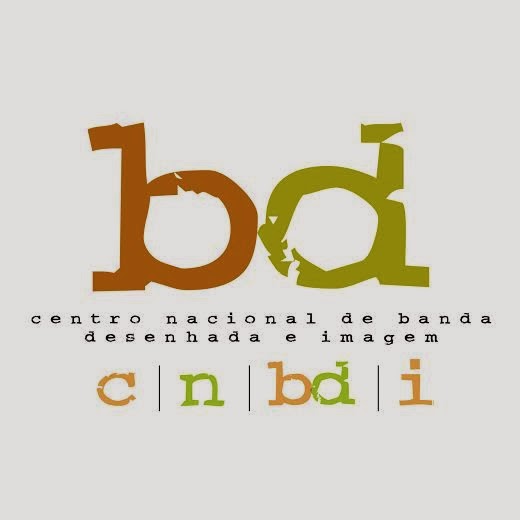 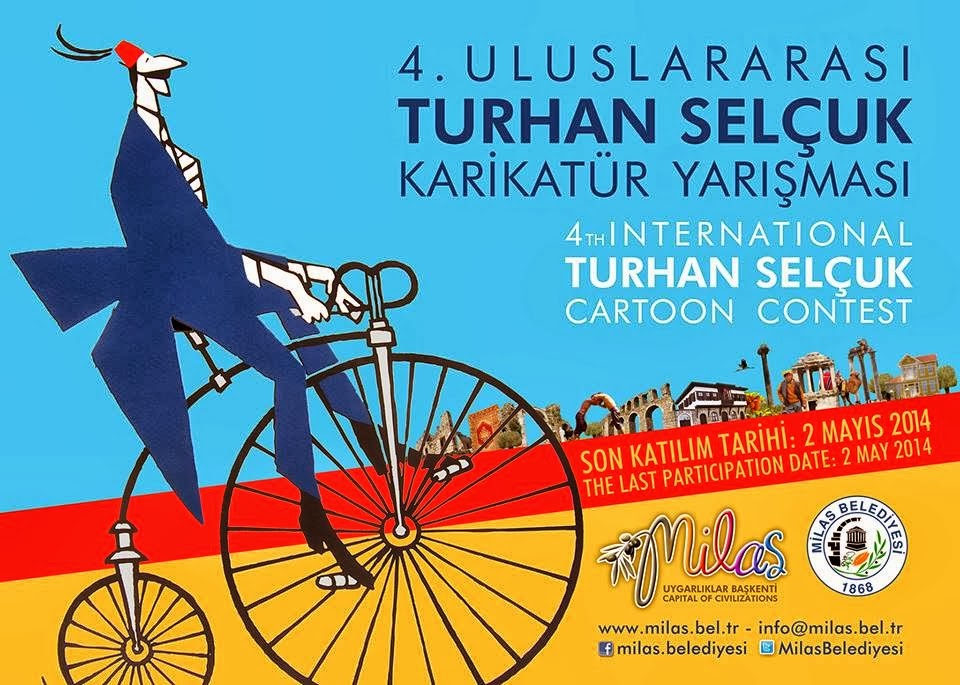 CONDITIONS:
1 - The contest is open to all cartoonists.
2 - Submitted cartoons to the competition may have been published previously. But they shouldn't have won a prize in another contest.
3 - Technical and number is free. But the works must be original (digital printings are accepted with signing wet by the artists )
4 - The maximum size of the works should be 30x40 cm.
5 - The participants must write with capital letters; their name, surname, address, e-mail, country and phone number on the back side of the works. Also a short biography is needed.
6 - The cartoons must be sent to the following address until 2nd May 2014;
"4. ULUSLARARASI TURHAN SELÇUK KARİKATÜR YARIŞMASI
Milas Belediyesi Kültür Sanat Birimi, Hacı Aliağa Konağı
48200 Milas - Muğla / TÜRKİYE"
7 - The results will be announced on 28 May 2014.
8 - The cartoons submitted to the competition will not be returned. They can be used for cultural purposes. Participants are deemed to have accepted these conditions. The works will be stored in Turhan Selçuk Karikatürlü Ev.
9 - A catalog of the selected cartoons by the Jury will be sent to the authors.
10 - The award ceremony will be held on August 16, 2014. The opening of the exhibition will be held on the same date ( will be open until 13rd September ).
11 - The accommodation and food expenses of the award winners will be covered.
12 - JURY MEMBERS:
Muhammet Tokat (Milas Mayor)
Kamil Masaracı (Cartoonist)
Marilena Nardi (Cartoonist) Italy
Christine Traxler (Cartoonist) French
Menekse cam (Cartoonist)
Emre Yilmaz (Cartoonist)
Latif Demirci (Cartoonist)
Ersin Yeniceli (culture art chief.)
Bulent Örkensoy (Graphic Designer).
13 - AWARDS:
First Prize: $ 3,000
Second Prize: $ 2,000
Third Prize: $ 1,000
Other Special Awards: Various organizations, associations, newspapers, art magazines, trade unions and agencies will put their special awards.
PS: Jury meeting will be held on May 24, 2014. 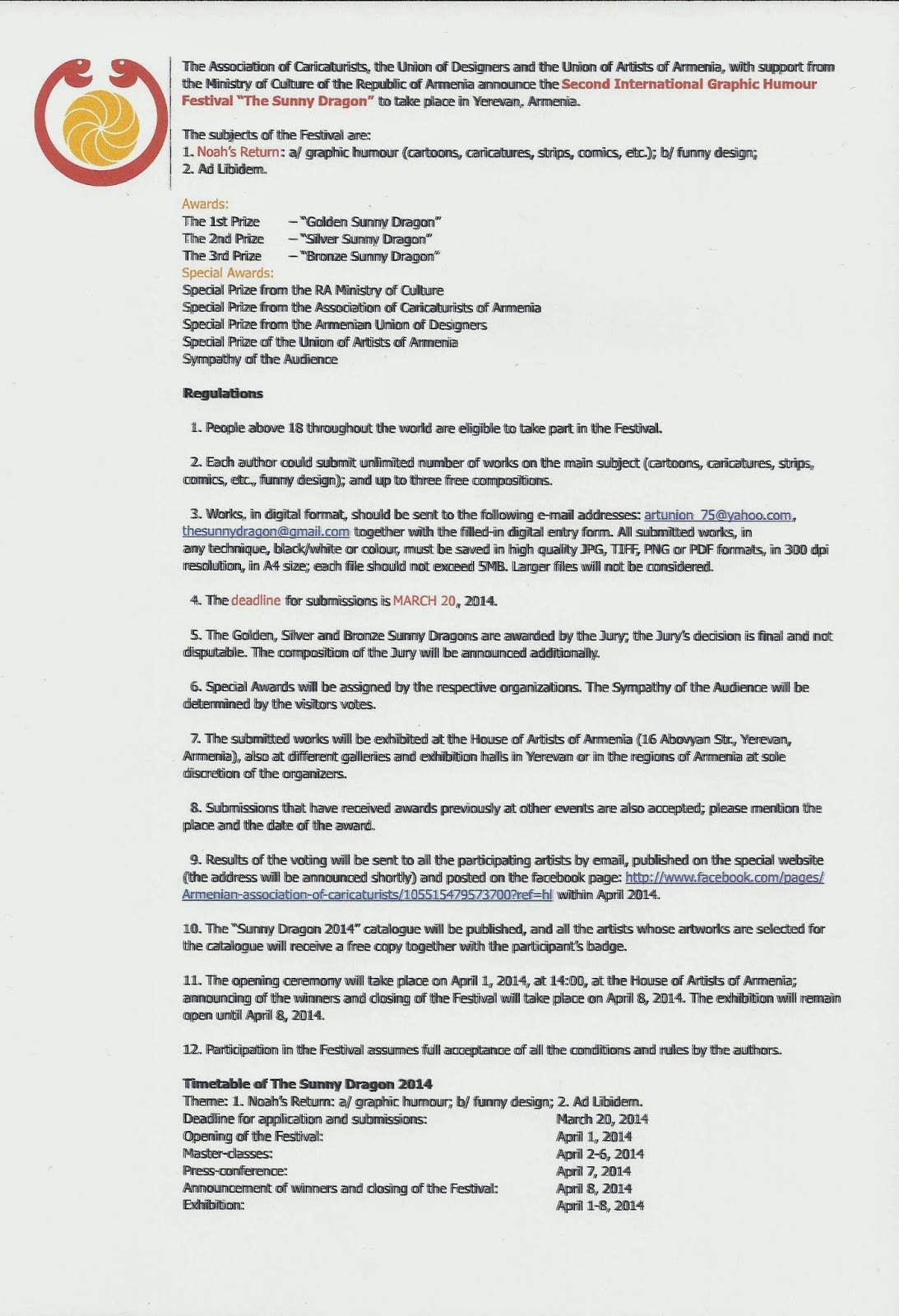 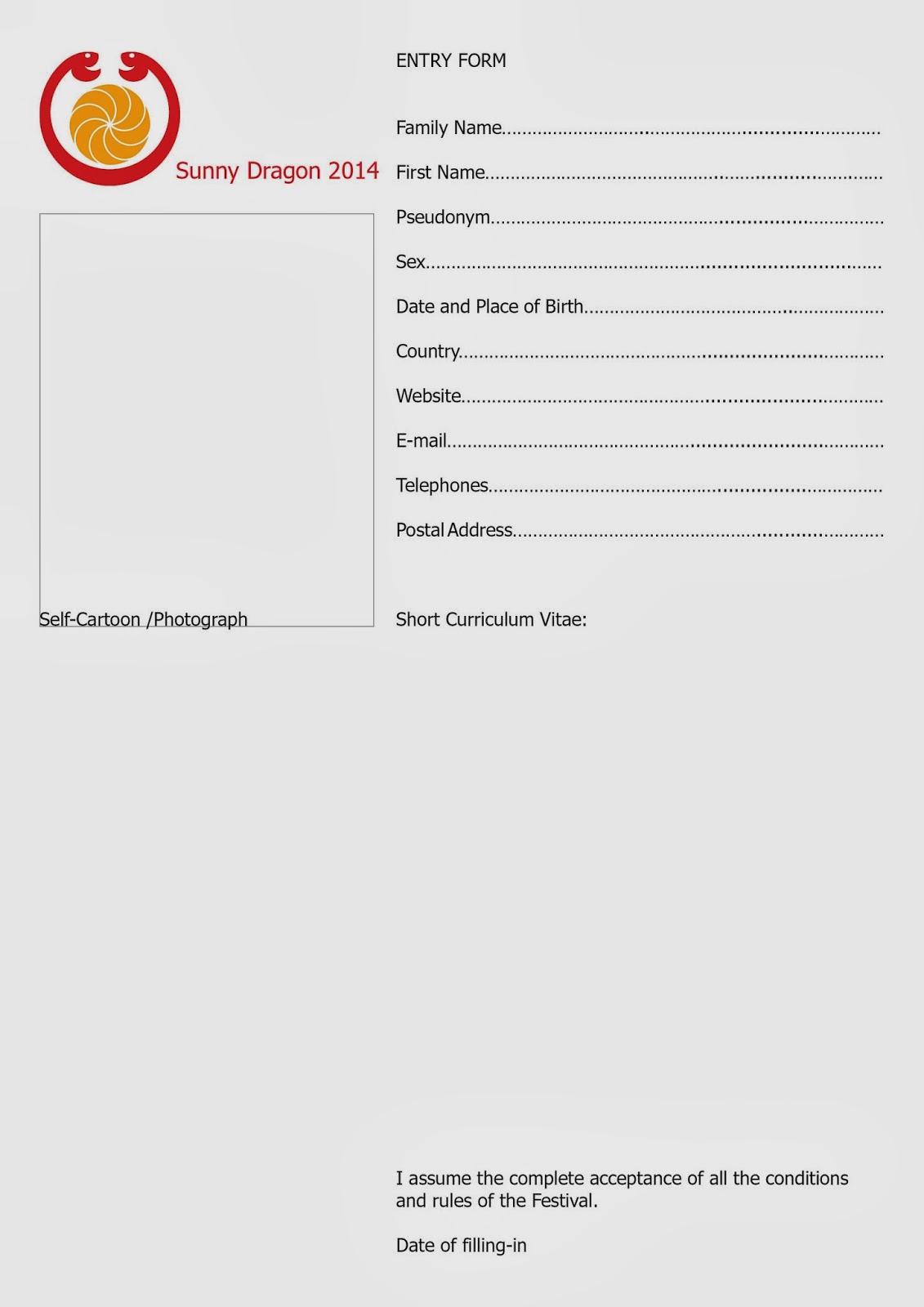 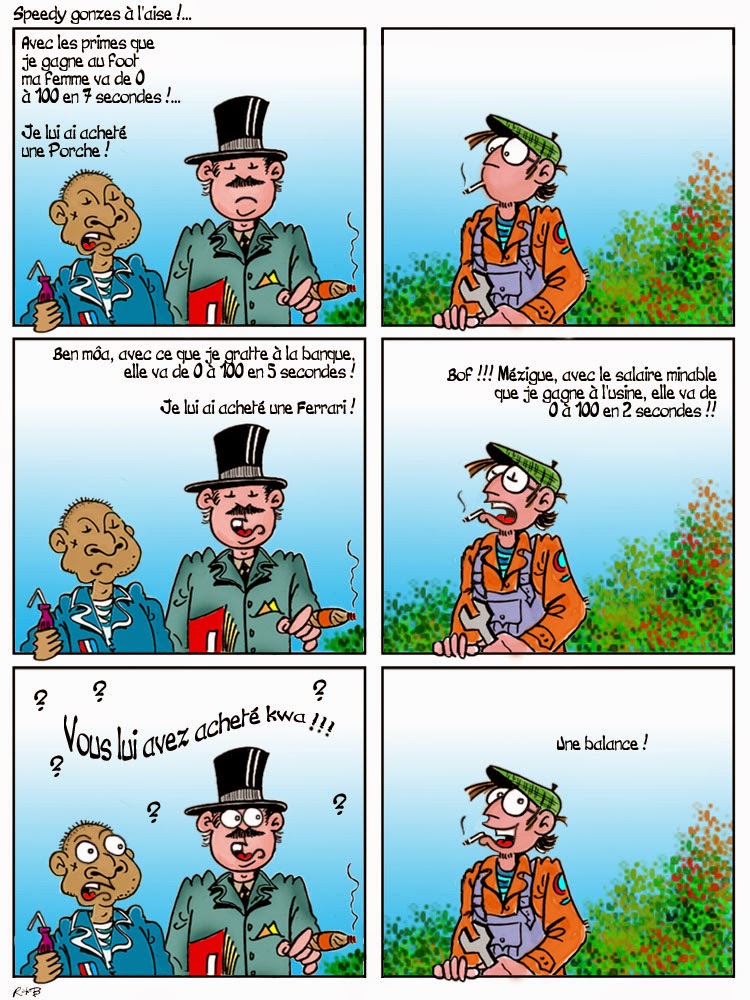 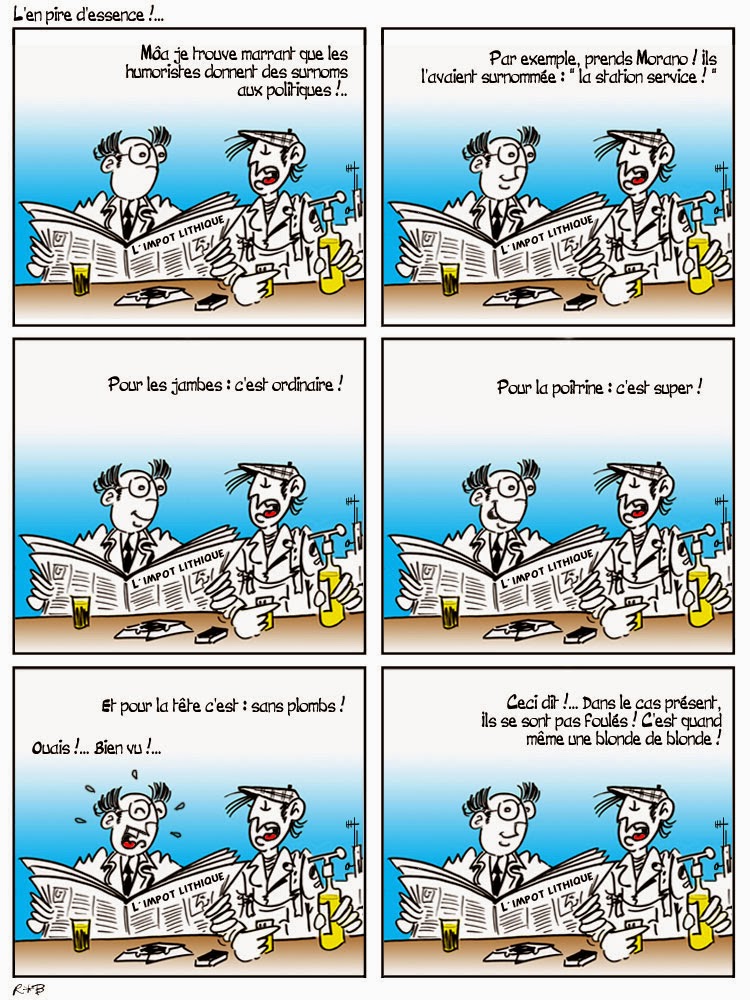 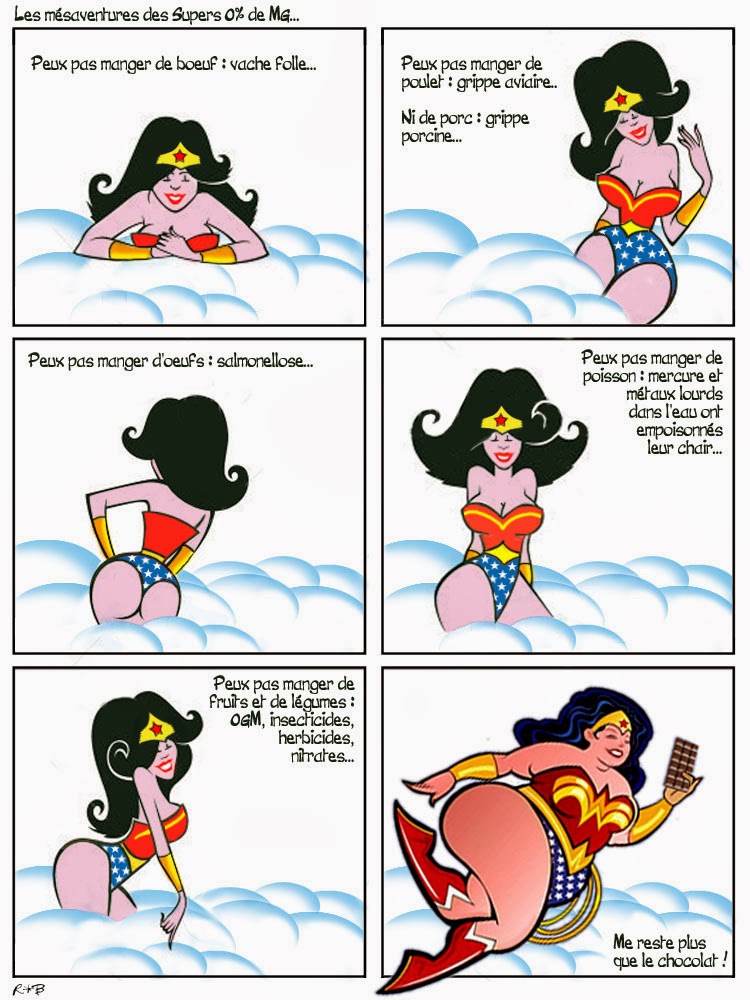 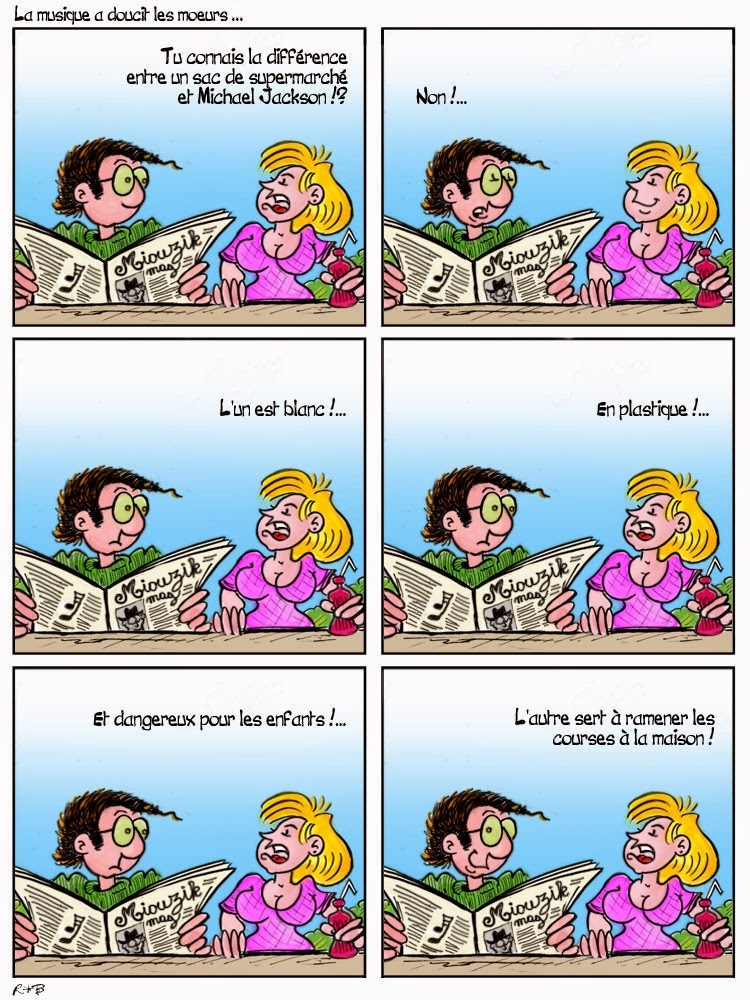 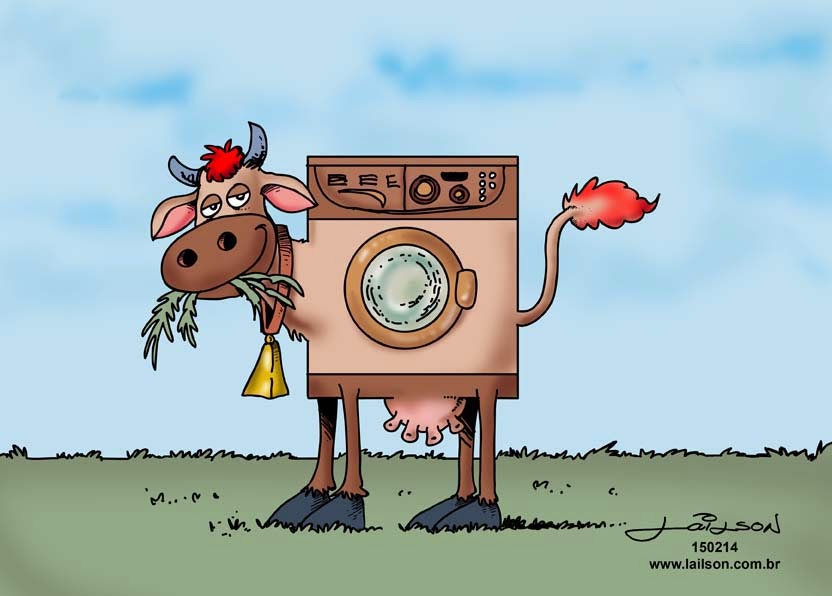 FILM PANIC is a printed publication featuring interviews and articles about underground, experimental, art-house, trash, queer, amateur, outsider and cult cinema. Issue #1 launched in 2013 to a great reception. Issue #2 is due for publication late spring 2014, with issue #3 coming towards the end of the year.

We are seeking an artist to create a one page, full colour, hand drawn comic strip to feature on the back page of each issue of the zine.

We are open to any style but we are looking for someone who can create a comic strip full of energy and originality, that's eye catching and a whole lot of fun! A passion for underground, cult and weird cinema is a must as you will be drawing on these kinds of films and filmmakers for inspiration.

This is currently a voluntary run project so unfortunately we are unable to offer any payment at the moment but we aim to be able to pay for future issues once things are up and running. To start we will work on an issue by issue basis but our hope is to find an artist who would like to become a regular collaborator so they can create a body of work over several issues of the publication.

To Apply:
Please send some info about yourself, including a few words on the films/filmmakers that excite you, plus samples of your previous work to info@theundergroundfilmstudio.co.uk