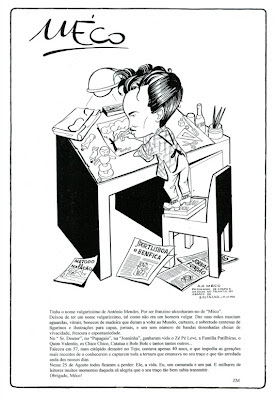 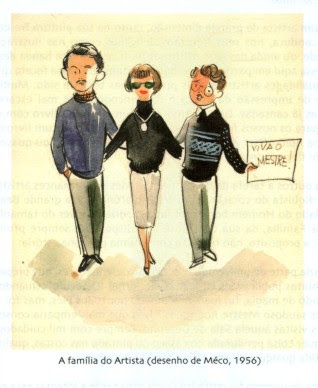 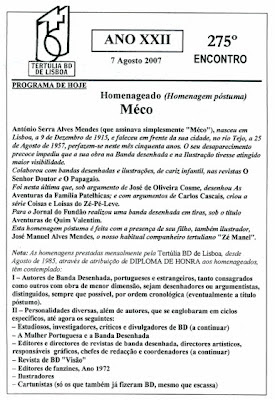 - I graduated the Naval Architecture Institute of 5 years of study. In the ceremony of ending the school, my colleague asked me to make a funny speech about our school and read it in front of all students and professors. I did it. It was a big general laugh. In that moment, I realized that I started this high and famous school to become an Architect and I finished it as a Humorist. It was the moment which changed my life.
After one year I started to draw cartoons. It was spring 1985.
During five years of artistic experiments I found a stile. Then I met the famous cartoon collector Dieter Burkamp from Oerlinghausen, Germany, who turned me into a professional cartoonist. We both signed a contract. This is still valuable today, after 17 years.
- What are the divisions of cartoon? And which is more important for you?
- Almost all cartoonists consider themselves as artists. But how many of them ever displayed their cartoons near works of the most famous modern artists in the world Pablo Picasso and Salvador Dali?
How many of them displayed near Honoré Daumier, William Hogarth or Toulouse-Lautrec?
Considering as most important criteria of appreciation "prizes" - is a big mistake and a sign of ignorance.
We should take into consideration more the cartoonists who changed the cartoon world like André François, Loriot, Ronald Searle, Ralf Steadman, Sempé, Roland Topor, Adolf Born. How many of the world cartoonists have as idols these names? Not so many. Instead, we choose idols from the amateur "class".
How many cartoonists displayed solo exhibitions in Warsaw or Gabrovo, in Basel or Hannover?
Almost all of cartoon Internet sites are full of all-life-beginners. The cartoon competitions are 90% amateurs. Shall we spend the entire our cartoonists life acclaiming the prize winners? In the world cartoon Internet sites there are few exceptions. One is that made by Shojai Massoud Tabatabai and I would like to congratulate him.
- Which is preferable for you: cartoons with or without words?
- I don't care about cartoons with words. It is not art, only fun. I know very few exceptions.
- Who is your favorite international cartoonist?
- When I started to make cartoons I didn't follow an idol, but later I discovered the great Saul Steinberg. His work extremely impressed me.
- Do you prefer colored or black-and-white cartoons?
- The color gave a new dimension to cartoon. It was very welcome. How tedious should be that we all draw in black and white. The world would become dark, at most grey.
- What is your favorite place for finding ideas?
- Since my debut, 20 year ago, I made my cartoons in bed - no joke. Then I draw it normally on my table. In oil painting, a technique which brought me where I am now.
- What do you think about the Iranian cartoonists? Have you a message for them?
- Let's do together an Iranian-Romanian exhibition in Bucharest and Tehran! It would be great.
- Please write the best memory in your artistic life.
- I have two wonderful memories about two events.
- First it happened in 1991, when I took part in the "European Contemporary Cartoon Exhibition" at Wilhelm-Busch-Museum Hannover, in Germany (Gerard Alsteens, Semih Balcioglu, Franziska Becker, Benoit van Innis, Adolf Born, Florian Doru Crihana, Manfred Deix, Hasan Faslic, Ralf Alex, Fichtner, Paul Flora, Giorgio Forattini, Andre Francois, Robert Gernhardt, Christoph Gloor, Finn Graff, Gerhard Haderer, Horst Haitzinger, Walter Hanel, David Hughes, Ironimus, Zygmunt Januszewski, Ernst Kahl, Ewert Karlsson, Sebastian Kruger, Cleo-Petra Kurze, Ernst Maria Lang, Martial Leiter, Littleman, Loriot, Marie Marcks, Jean Mulatier, Peter Neugebauer, Per Marquard Otzen, Vangelis Pavlidis, Tullio Pericoli, Michael Mathias Prechtl, Fernando Puig Rosado, Andres Rabago, Hans-Georg Rauch, Hans Reiser, Oto Reisinger, Borislav Sajtinac, Gerald Scarfe, Ronald Searle, Turhan Selcuk, Jean-Jacques Sempe, Alexej Sergeev, Roumen Simeonov, Gradimir Smudja, Erich Sokol, Michael Sowa, Ralph Steadman, Roland Topor, Hand Traxler, Tomi Ungerer, Vasco de Castro, Klaus Vonderwerth, F.K. Waechter, Yrrah, Vlastimil Zabranski, Michail Zlatkovski).
The second one I own to the German art critic and historian Gisela Burkamp and happened in the Monchehaus Museum for Modern Art Goslar in 2004 (Otmar Alt, Rudolf Austen, Wilhelm Martin Busch, Le Corbusier, Charles Antoine Coypel, Florian Doru Crihana, Salvador Dali, Oleg Dergatschov, Simon Dittrich, Martin Engelbrecht, Traudbert Erbe, Paul Flora, Ursula Focke, Walter Hanel, Arminius Hasemann, Jost Heyder, Heike Hidalgo, Michael Hischer, William Hogarth, Adi Holzer, Heinrich Hübner, Adrian Ibanez, Ludvig Jacobsen, Zygmunt Januszewski, Heinz Janzen, Walter Kaune, Lothar Kittelmann, Karin Lamp, Michel Laude, Wolfgang Mattheuer, Klaus Metz, Rolf Münzner, Augusto Murer, Bruni Neumann, Elly-Viola Nahmacher, Jerzy Panek, Picasso, Petit Frere, Horst Reinsdorf, RobiN, Katrin Roeber, Malte Satorius, Rudolf Sattler, Jurgen Schenning, Eberhard Schlotter, Adolf Schrödter, Walter Volland, A. Paul Weber , Detlef Willand, Peter Zaumseil, Uta Zaumseil).
- Who is your favorite Iranian cartoonist?
- Kambiz Derambakhsh